(Non-sports fans–this is not a sporty post. Don’t bail at the first reference to ultimate.)

I may be the youngest fifty-year-old I know.  And by that, I mean least mature.

On Sunday, my ultimate team in our fall league finally won a game (kind of).  Afterward, we did a cheer for the other team, as is traditional in ultimate, a silly yell or song or something to congratulate/enourage/amuse the opponent.  Their team is “Tropical Stormtroopers.”  So I suggested,

A teammate suggested the last line, which was a good rhyme/conclusion.  Then my teammates all told me they didn’t know my references.  They aren’t all fifteen.  I think a couple are in their thirties; one may be in his forties

Then I reference Star Wars, the original, that we eventually started calling A New Hope or Episode IV, that was the formative movie of my childhood, with two of the most recognized quotes from the entire franchise (have you never seen a meme?*).  No one recognizes it.  But it rhymed, and after I explained it they were all, “OH! Okay!” And we did our cheer…

…and no one on the other team recognized the references.

So here I am, youthful but old.  The mirror won’t let me forget that I’m fifty.  Neither will the sun, when it burns my scalp where I used to have high SPF hair.

I realized long ago that to relate to young adults, which has been God’s main calling on my life, I need to have some clue what they’re talking about.  But I’ve seen people try to be hip and young when they’re not and <shudder> that doesn’t help.  Somewhere in between, there’s a balance.

My Peter Pan streak helps.  It’s not like I have to try to remain immature.  That seems to take care of itself.  My friend Michael, celebrating his 25th anniversary today, just described marriage as “relentless tolerance.”  Ah, Lord, you have gifted Kim with that, and she practices it every day, and I am so grateful.

My eldest, Rowan, recently expressed that life seems to expect mastery after only two rodeos. That’s a small number of rodeos. 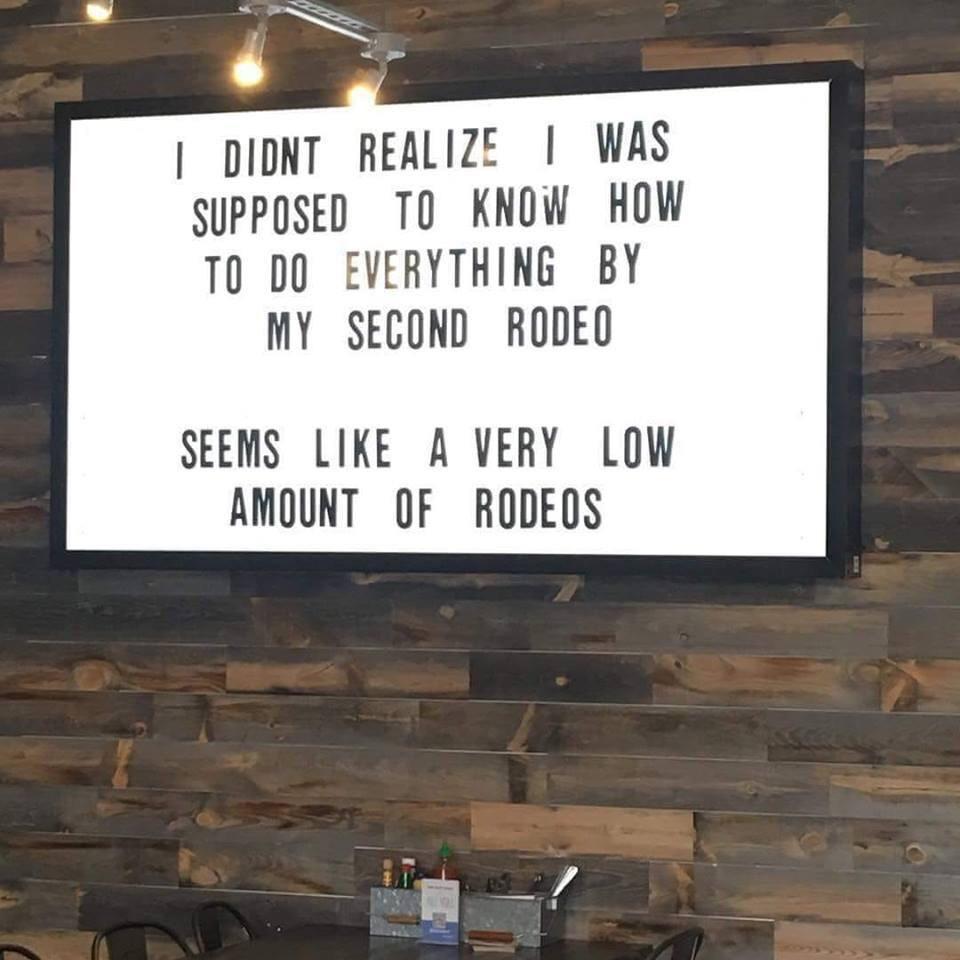 I agree wholeheartedly.   I’m fifty and every day I feel like I’m winging it, trying to pick up cues from the people around me how this is supposed to work.  But at fifty I know–most other people feel that way, too.  Maybe not as often.

There are so many things I don’t know at 50 that I thought I’d know by now.  I know so much more about myself than I did at twenty or thirty, but I still baffle me.  The line about “I’ll feel like I’m an adult when I’m…” sounds like a joke to me now.  But the lack thereof no longer stresses me out.

At fifty, I am a pastor and a writer. How do I know?  I pastor people and I write stuff.  Will I ever make money writing?  I hope so.  It would make life easier and would sure be nicer for Kim.  But titles have no bearing on who we are: many people with the position of pastor do not pastor at all (far too many, tragically) and wherever I go and however I get paid (or not), I pastor.  God made me to be this.  Likewise, the words always flow and someone reads them and tells me they relate or that it helps or I made them laugh or think.  Will I ever have the title of “pastor” again?  I don’t know.  But on my birthday, having the people I’ve loved and invested in recognize the impact I’ve had in their lives?  Priceless.

Maybe I can say, fifty years in, I know who I am.  Not that I always understand why I behave in certain ways, but I know who I am. I know who God made me to be.  Living from here, whether a year or another fifty, is not trying to figure that out but trying to live it faithfully.

So how do I faithfully live being immature?

I’m asking that half seriously, half tongue in cheek.  I tell the young people I mentor that one indicator of maturing is learning to recognize my emotions and then choose my response, rather than having my emotions dictate my response.  By this measure, I have matured phenomenally…and still have some ways to go.

There’s an entire series to be written about spiritual maturity and I would need some guest writers to help with that (*makes mental note*).  Take this not as a summary but merely a glimmer: spiritual maturity involves being the message we speak.  In this sense, hypocrisy is the opposite of maturity.  I hope, and fervently pray, I am maturing in this.

But as for US common measures of maturity…I don’t know where my phone is.

And a part of me hopes I don’t find it.

*”That’s no moon meme” comes up second on the Google search autofill.  Yeah.

8 thoughts on “A blog post on my fiftieth birthday.  ”