I took our car into the shop again this morning.  We’d had it back for a grand total of four days after six weeks of repairs.  But now it won’t start.  I think the battery is okay, expert that I am, so perhaps it’s the starter.  That’s unrelated to what they were repairing last time, so no fault laid on the mechanics.  We’re just stuck with a car that is like a bucket with a hole in the bottom–we keep pouring in money for repairs, and then we need to pour in more.

Lest this sound like a complaining post, I’m very grateful that we discovered on Saturday evening that it wasn’t starting.  Sunday morning, leaving for church to preach, would have been a bad, stressful time to learn we had a problem.  Saturday night, though inconvenient, gave us time to adjust and some kind friends lent us their truck so we could get to church without an adventure.

Thus, we roll-started the car this morning, then drove Kim and kiddos to school this morning where I dropped them off and then headed back to the taller (shop).  I was telling myself, probably audibly, “Don’t let it stall.”  I’m feeling pretty good, gonna walk home after I drop it off which will be 5 or 6 kilometers, still reflecting on yesterday’s sermon.

Then I miscalculated.  I took the more direct route to ESVO (esquela vocacional).  But we’re in rainy season.  That road is a disaster.  It hasn’t rained hard in a couple of days so it’s not muddy or dangerous, just severely rutted.*  So I’m happily listening to the radio, paying good attention that I don’t stall the car when I drive into a deep rut, the front tires hit and bounce back–and the car stalls.

Of course, because I’m a dreamer, I turn the key one or twice, in case stalling the car also temporarily fixed the starter.  Nope.  So there I am, probably 2.5 kilometers from the taller, dead car.  In a rut, literally.  I jump out, assess my situation, and start trying  to rock it from just outside the driver’s seat.  I can’t move it.  I go behind the car and try to get it rocking back and forth to see if I can get out of my rut.

Cars and minivans and school buses are going by.  I’m no longer having a pleasant morning.  I look behind me and up on a porch, a Nicaraguan is looking down at me.  Watching what I’m doing.  He nods.

Less than a minute later, four Nicaraguan men are walking out of the house toward me.  I start to explain that it won’t start, but they just nod like “Yes, go ahead, Gringo, we know the drill.  Not our first rodeo.”  Needless to say, I’ve never seen these guys before in my life.

I jump in the car, make sure it’s not in gear, and there’s one bounce forward, one rock back, and then I’m rolling.  Fast.  I slam it in first, pop the clutch, turn the key, and vroom!  I’m off.

They don’t want me to stop and shake all their hands and risk a replay.  I honk and wave back out my window and shout “gracias” loudly (and I am loud) and they’re gone from my rear view mirror.

And that, arguably, is my favorite thing about living in Nicaragua.  Strangers help you.  I’ve never been stuck in a car without having someone come up and ask if they can help.  We once had a flat, in the road, on a windy, rainy night and a taxi driver stopped in the storm to use his industrial-grade jack and help us get our tire changed.  Kim once unknowingly drove into a manhole (someone had “borrowed” the cover) and we were dead stuck.  Tire in manhole.  A grandmotherly looking Nicaraguan walked by, staring at us.  Two minutes later, six burly Nicas came walking up, saying, “Mom told us to go help the gringoes.”  They lifted the van out of the hole and on we went.

As I drove, exceedingly, conscientiously aware not to stall the car, a Land Rover came up behind me.  Right behind me.  And made his (I’m assuming here) intentions to pass very evident.  Sigh.  I’m not going to go flying over these bumps and craters in my car that won’t start again.  I wasn’t creeping but neither was I going at Land Rover speed.  So he passed me.  Only semi-recklessly.  Right before a corner.  We then proceeded to the school (the vocational school auto shop is a part of the school campus) and of course he was going to the school and yes, I was right behind him when we pulled into the school.  So he gained one space.  Which I’m certain made all the difference in the success of  his day.

I know that strangers jumping out to help and people driving rudely are not unique to Nicaragua.  I would say the consistency with which people here stepping up to help is what makes it stand out so much for me.  That, and perhaps the feeling of being more vulnerable here, so the random acts of kindness matter more.

Conversely, Land Rovers, very expensive vehicles, feel more audacious here.  In real terms, maybe it makes no difference whether you own the Land Rover Discovery in the US or Nicaragua, but when ninety percent of the country lives at some level of poverty and 50-70% of people are unemployed or barely employed, driving around in that vehicle appears, in my (very judgmental) opinion, like conspicuous consumption.  Driving rudely and aggressively in that vehicle is the lemon juice in the paper cut.**

A couple highlights of my walk back home:  as I was walking, a friend passed on his way to work (at the same property as the school) and shouted out his window at me, “Corporate!  Corporate!”

Now my friend is weird and would do inexplicable things, but in this case, he was referring to my sermon yesterday, which was on corporate judgment.  That was amusing and somewhat gratifying.  Said friend has confided before that he lacks the attention span for my sermons (I’ll leave the interpretation to you), so I count this a victory!  He got the theme!  That, of course, got me pondering my sermon again.

Nearer home, I passed my beloved elderly gentleman, who with his two metal crutches was out cleaning up the street in front of his house.  We shouted our customary fond greetings to each other.  Today I was “Señor” instead of “Amigito.”

About a kilometer+ from home, I passed a fruit stand*** that a man runs about halfway down the narrow street.  I’m always walking past him on the way to school, four kilometers to go and not returning home for hours, so I rarely buy from him.  So it was great to be able to buy from him today.  From what I can tell, the narrow street has a rougher culture than ours.  They also have a crowd of borrachos, but these do not seem as neighborly as ours are–they may lack a leader as good as Manuel.  They were shouting and raucously debating prices on naranjas when I approached.  All the more reason to give him my business and I could even tip him the change, since it wasn’t too much and I am not such a regular customer.  Among my other items I bought a fresh bag of mint (hierba buena).  It’s possible heaven will smell like fresh mint.

The last kilometer carrying 15 pounds in produce in plastic bags increased my workout significantly.  I passed an elderly woman selling food from a tiny table, then went back to see what she had.  I bought a bag of dried beans from her.  Here’s a little tip: if you don’t enjoy sweating, or at least tolerate it fairly well, you shouldn’t live in the tropics.  It’s not my favorite thing, but neither is it one of the other things.  For me it’s just a thing, and I like the feeling of having exercised.  Plus, cold showers are lovely instead of punishing when you’re overheated.

Eight A.M when I arrived home and time to cross the street to buy my morning tortillas.  I could still be trying to get my car moved from that “road.”  Thank you, Lord, for the kindness of strangers.  On with the adventure. 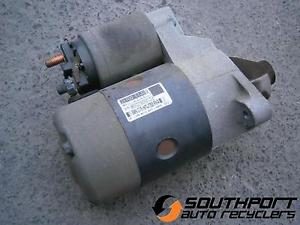 *No, you probably don’t have the right picture from “rutted” unless you’ve done off-roading.  When I say “ruts” imagine driving up one peak and down to the next valley.  That level of ruts.

**Am I angry because I’m jealous?  No.  Trust me, I’m pretty open about my faults.  I could not drive that here.  I certainly could not park it in our barrio.  And yes, of course life is complicated and they may have good reason for driving that SUV and even for needing to hurry past me.  Maybe.

***If it seems sometimes as if I spend half my life buying fruit, I do.  Since I eat approximately as much fruit here as I eat everything else combined, that makes sense.