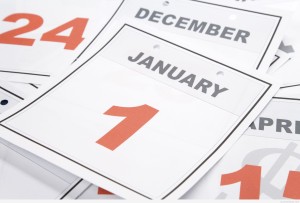 So, did you make any?

Tis the season to make massive, life-changing pronouncements about the as yet unmarred calendar stretched out before us.

This year, I’m going to be good.

I’ve read a bunch of articles and blog posts mocking or dismissing New Year’s resolutions.  I get it.  Imagining we’re suddenly going to be different and fix all the things we dislike about ourselves because the page flipped from December to January is a bit of wishful thinking.  My friend Dan, who guest-wrote my last blog post, said this in a recent Facebook post:

“January 1st, 2016 has been an awesome day. I don’t believe in New Years Resolutions, in part because my first AA sponsor drilled in my head ‘one day at a time is all your little mind can handle Koenigs.’ Today was a great day, going to make tomorrow a great day when I wake up.”

I really like this approach, and everyone in recovery understands the wisdom implied.  Making big plans for the rest of the year–or the rest of my life–is often a super way to implement absolutely no change whatsoever.  Any of us who sin and repent have said, at least once, “I will never do that again!”  Uh-huh.  Wouldn’t that be nice?  Just swear off that pesky sin and be done with it?  The only “never” I can accurately report from my experience is that this never works for me.  Taking life on a day at a time, seeking to make changes a day, an hour, a minute at a time, turns out to be as much as we can handle.

“So do not worry about tomorrow, for tomorrow will bring worries of its own. Today’s trouble is enough for today.”  –Jesus

Worry, anxiety, fixating, over-planning, these will take all the energy we pour into them and give us back…nothing.  Well, that’s not technically true.  Ulcers.  High blood pressure.  Short tempers.  Shorter patience.  These behaviors are just the kind of thing about which we’d be tempted to say, “I’m never doing that again!”  Sigh.  Is deciding I’m not going to screw up in my usual way tomorrow equivalent to worrying about tomorrow?  I think he’s saying that focusing on tomorrow will distract me from addressing the trouble I must face today–and with no beneficial result.  Tomorrow’s worries, tomorrow’s troubles, may be different than I anticipate.  The thing that is killing me today might be gone tomorrow, and tomorrow may bring with it such a nasty sucker punch surprise that I couldn’t possibly have anticipated it, much less prepared to take it.  Live in the moment today, and do the same when tomorrow arrives.

BUT–in spite of all this, I like making New Year’s Resolutions.  In fact, I even made a birthday resolution last year.

Okay, I just made solid arguments (I hope) for not getting ahead of ourselves, not trying to  make long-term declarations that don’t work anyway, and not spending energy focused on tomorrow when today is more than enough challenge.  What’s left to say for New Year’s Resolutions, or any arbitrary type or date of resolution, for that matter?

I like them.  My personality type likes them.  ENFP on the Myers-Briggs.  A hilarious chart about New Year’s resolutions for Myers-Briggs types describes my type thus:

“I resolve to make less than thirty new years resolutions this year, and keep at least two of them.”

Outcome: Stays up for fourteen straight days in an attempt to complete first resolution and subsequently ends up creating fifteen more.

Yes.  Exactly.  Which only doubles why my kind needs to heed Jesus’ words and not get ahead of ourselves or obsessed with how we’re going to change tomorrow.

Change must happen.  We have to change, we need to keep growing, we have stuff for which we need to repent.  When is the best time to repent?  Well, that would be right this moment, obviously.  But some things require gathering courage and momentum.  Some changes work better when we announce that we’re going to change.*  Yes, it’s embarrassing or even humiliating if we fail to follow through, but isn’t that threat part of what keeps us from trying to change?  “Better to have tried and failed than never to have tried at all” say very few of us.  “Better to keep my efforts to myself in case I decide to lose my courage and go back on this later, so that no one holds me accountable or tries to encourage me when I’ve already committed to quitting.”  That’s more what I encounter, internally and externally.  Or, as a fairly cynical (but quite compassionate) friend of mine used to say, “Nothing ventured, nothing lost.” 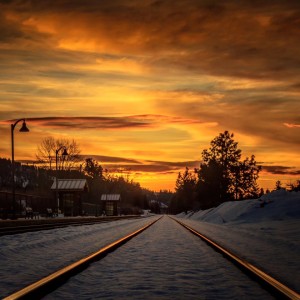 There is power in committing to a goal, rather than just wishing you would change.  Power in writing it down, power in setting yourself in that direction, and certainly power in bringing it before God and seeking help.  I started writing, completed a novel, and began this blog all from making personal resolutions and (brace yourself) keeping them.

Here’s where I don’t think I conflict with Dan’s wisdom:  my resolutions, however long-term I am aiming, need a practical plan for today.**  Once I’ve set my feet on the road, I need to figure out those next two steps.  I’m not going to offer any advice on this, since some other–okay, all 15 other personality types tend to be better at that whole part.

So if it’s a resolution that needs a step-by-step plan I can live today, why does it help to make the resolution, rather than just call it a step-by-step plan?  For me, it’s the preparation going into it, the momentum I gain from the on-ramp, and the hope offered by looking ahead to a fresh start in which I’ve not yet failed.  There’s nothing magical about January 1, or even about deciding that your resolution has an official starting date.  You still have to exert the willpower and stay focused and resist the excuses and rationalizations that your own brain is more than happy to provide.  Having a starting date simply offers a chance to look ahead and begin without the voice in your head saying, “Look how you’ve screwed up already!”

But my question remains:  Does change need to happen in my life?  If so, how am I pursuing that change?

I would posit that unrealistic resolutions (“I’m going to eat perfectly healthily from now on…”) and lack of any practical plan to bring about those changes (“…though I’m not changing my grocery shopping habits nor what food I prepare for myself nor my eating schedule nor where I eat out…”) tend to give us a low percentage of success.  Then we say, “Man, New Year’s resolutions never work!” and mock people who make them.

A dear friend recently succeeded at losing a lot of weight.  But she wasn’t trying to lose weight.  She has been suffering horrible back pain and decided, out of serious motivation (read: desperation), to make radical changes in her lifestyle and diet.  It worked.  Not perfectly, but she went from daily use of painkillers to occasional use when the pain flares up.  Diet wasn’t the only thing she changed; it was one aspect of a more comprehensive plan she pursued.  The beautiful part is that the weight loss caught her by surprise.

My point is:  pain motivates.  She changed when the motivation became strong enough.  She told me she’d tried before and never succeeded at losing that weight when her goal was merely to lose weight.  She knew what she needed to do, she just didn’t stick with it.  For most of us, we don’t change until the motivation is stronger than the discomfort the change requires.  Change is hard.

I don’t think there’s any magic in New Year’s resolutions, nor that “resolutions can work,” as if they are the active agents and making them somehow sets them on their merry way and o fix us.  I do think we can succeed at making changes in our lives through God’s strength and using our common sense and wisdom, and for me, having a starting point and a fresh slate helps.  Making it official to myself helps.  In the end, being motivated enough to endure the pain and dissonance that change requires is the do-or-die.  Dan described this with his alcoholism:  die, lose your mind, go to jail, or stop drinking.

Here’s the serious part: some things in us have to change.  Those things that are killing us, for example, be it quickly or slowly.  January 1 won’t come around again for a long time.  January 8 or 9 or 10 would also work.  If resolutions help you, awesome.  If not, go ahead and laugh at New Year’s resolutions, and thank God you aren’t a wild-eyed ENFP,*** but don’t let that translate into believing the lie that you can’t change.

You can.  The only question is: what will it take?

*Conversely, some  studies show that telling others about our plans can satisfy our felt need to change just enough that we’re less likely to follow through.  They conclude that the best way to pursue real change is to keep it to yourself.

**I confess that this isn’t the easiest, nor most appealing part of resolutions for the ENFP.  We get really excited about ideas.  Concrete plans tend to make us a little woozy. Set schedules have been known to drop us in our tracks.  But to me, all the more reason why I need to have the resolution and the plan.

*** If you are an ENFP and thinking, “Whoa, I’m not like that at all,” forgive me for lumping you in.  Maybe I’m an extreme version.