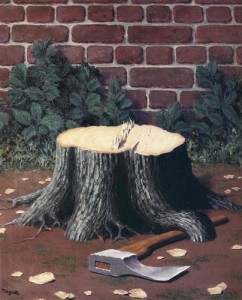 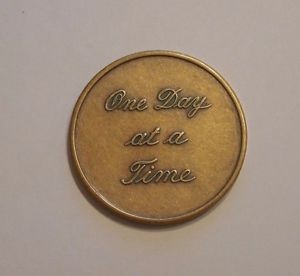 Relief drinking is what I was doing and like all addictions, the relief does not last long and then I would drink more.  I became good at hiding it or at least I think I hid it because no one seemed to notice that I was drinking on a regular basis.  At the age of 16 I was drinking more days than not.

This pattern continued on and on during my teenage years and my despair went deeper and deeper.  I drank and drove often, blackouts were a given, distilled liquor was my choice because it would provide the desired affect quicker and I discovered that vodka was difficult for others to smell.

At the age of 19 I hit one of my bottoms. I decided I was better off dead than alive, the feeling of being empty was too much and I went on a 3 day binge of sleeping pills and alcohol.  Only God saved me from myself as evident through the reactions of the nurses in the ER, as my stomach was being pumped I overheard the nurses joking about how I had enough sleeping pills in my system “to kill an elephant.”

During my dark teenage years God was someone who I knew about but I did not know who he was.  I went to church regularly but I did not have a relationship with God.  The fear of going to hell was stressed in the religion that I grew up in, the Grace of God was never discussed.  I knew Jesus died for my sins, I knew my sins put him on the cross but the power of the resurrected Jesus was something that I did not understand.

In my early 20’s I started having problems that are typical of an alcoholic. I had friends who refused to go bars or clubs with me because my behavior was so unpredictable when I drank, I developed an ulcer, I started drinking alone and some of my drinking buddies ended up in treatment.  I had known for years that my drinking was not normal, but seeing friends end up in treatment and realizing that I drank much more than they did made my drinking miserable.  God was raising my bottom and probably saved me from an early grave.  Galatians 2:21-“I do not set aside the grace of God, for if righteousness could be gained through the law, Christ died for nothing.”  The self-righteousness that I was hiding behind no longer worked.  I was an empty and broken man, I had no idea what I needed but I knew I was tired of going through the motions of pretending.

“Hello, my name is Dan and I am an alcoholic.”

May 11th, 1991, through a smoke-filled church basement I heard these words come out of my mouth, I was following the lead of others in the meeting and I did not fully understand what my words meant.  What happened next is hard to describe, through the smoke-filled room I heard three simple words,

Things were not easy in early sobriety.  I was a bit unusual for the AA program.  I was 23 years old and I was far younger than most newcomers to the tables of AA.  My first AA sponsor was a gruff old-timer, his first words to me were, “Koenigs, if you can learn to keep your mouth shut you might learn something.”  I never liked him but I learned to love him.  He was right, I kept my mouth shut and I have learned how to live a sober lifestyle.  In 1993 I married my wife, Deanna and we have been married ever since.  I have not been an easy man to be married to but she has accepted me and my many imperfections.

One of the biggest challenges in my recovery was the long and slow process of forgiving the men who sexually abused me during my pre-teen and early teenage years.  I have come to terms with this and have forgiven. I have come to terms with the dysfunction of my childhood, I understand that my parents did the best they could have done and that I need to stop blaming my childhood for my present mistakes.

Philippians 4: 13 “I can do all things through Christ who gives me strength.”

Wisdom, Godly wisdom was and has been a slow learning process.  Life has provided me with more than a few opportunities to seek Godly wisdom.  Sobriety and trying to live as an authentic Christian has not made me immune to mistakes.  I learned quickly that being a Christian does not exempt me from the challenges that life has to offer.  My youngest son was diagnosed with high functioning autism 8 years ago and I quickly learned that I needed to rely on seeking Godly wisdom to give me the ability to be the father than he needs.  My 15-year-old son is doing what I prayed for, he is making choices as a teenager that are the total opposite of the choices that I made as a teenager.  My parents went through a long and painful separation 5 years ago and I was caught off guard by how painful this was; thankfully I was able to use my prayer life to work through the hurt and the anger from this.  I am discovering that the material things of this world mean very little to me, I have some close friends and these are more important.  I was given the opportunity to become a Lay Servant through the United Methodist Church and have discovered the enormous power of helping others.

During the craziness of my alcoholism I walked away from my oldest son.  He is now 28 years old and the father of infant twin girls.  We are in the processing of building a relationship.  I truly believe that I have a place in his life to help him to become a godly man.  He and I have come to the point where the past does not matter, he has forgiven me and he wants me to be a part of his life.  This is indeed one of the many miracles that have resulted from my sobriety.

I learned early in my sobriety that alcoholics have four choices: sobriety, insanity, incarceration or death.

Keeping this in mind, here is what I have discovered:  The cliché “One day at a time” is more than a cliché to this alcoholic.  Every morning I am up early, coffee in hand and I start by reading my Bible, then it is time for the various devotionals that give me the hope that I need on a daily basis and I challenge myself to keep in touch with the friends who I trust.

Today I find real hope in the fact that the Grace of God saved me from the suicide attempt at the age of 19, the same grace saved me from the many times that I drank and drove, often in an alcohol blackout.  During these years God’s grace was there and it took me years to understand how his grace allowed me to survive the many “near death” experiences that every alcoholic experiences.  I am counting on God’s grace to continue being the deciding factor between who I was and who I am today.

One Day at a Time and I am living life as a redeemed man!

6 thoughts on “Fighting for Hope: Recovering from Addiction”