I don’t know if I’ll ever grow up to be a writer, because it feels increasingly unlikely that I’ll fulfill that first clause.

I had a tough night last night, which was especially discouraging considering that most of my day went really well.

But the tough night, in a way, was the product of the good day.  That’s the situation I’m in right now.

Preached, napped, went to a goodbye party, played ultimate, had a long talk with a friend after ultimate, had dinner with my family.

I tried to write last night and couldn’t bring myself to do it.  So instead I spent hours reading the news on social media which, shockingly, didn’t cheer me up.  About every 15 minutes I’d try again, but by late,* when my body finally gave up and succumbed to sleep, I still had managed only a few words.

I don’t know how the sermon went, because it’s funny-not-funny impossible for me ever to know for sure how a sermon went.  I preached differently than I usually do, trying to go the way I thought God was leading.  Did I do that?  I dunno. Most of my preaching friends relate that this is one of the hazards and why we might feel some envy for those whose jobs have clear, physical, objective measures of success.  I got almost no comments afterward, positive or negative, but I had long conversations with both Evilyn and Sasha, the widow and daughter of Gerry, which felt much more important than hearing “good job.”

But that’s not what made the night hard.  It might have been slightly ironic, since I encouraged people to trust God in the midst of the crisis here, and then needed to trust God a little more with the outcome of my sermon.  Honestly, though, I’ve been doing this a long time and my internal backlash was relatively mild.  Sometimes you think you did a good job and the response (that you can discern) does not reflect that and it leaves you second-guessing.  Or, if you really trust God, it doesn’t.**

The goodbye party was a blast for me, albeit tinged with a little sadness.  Our friends are leaving because they feel they have to, not because they want to, and that’s tough to see.  But I got to say “goodbye” well and there were a bunch of people I really enjoy and I’m an extrovert and I’d had a good nap, so that’s a great time!

Except, I must confess, it also had foreshadowing with all the accompanying unsettling soundtrack playing in the back of my head.  That’s probably where things began to hit me.

But we hurried back so Kim could go to a quinceañera and I made it to Sunday ultimate in time to play a few points in the first game and all of the second game.  And though I started slow–I’m old, and everyone else was fully warmed up–I had a pretty good day.  I was one of two token gringos, which on one level is sad–it used to be a much more mixed game–but it gives me lots of opportunity to focus on encouraging/mentoring the young Nica players, and I love that.  I love that almost as much as catching a deep throw for a score.  Joking.  My time with the Nicaraguan players is one of the most gratifying things I’ve experienced in my 30 years of playing ultimate.

And herein lies the rub.

I spent a long time after our game talking with my friend Cesar.  I love Cesar like a brother.  He’s one of my favorite teammates, he always goes hard, he’s a fantastic defender, but more importantly, he has strong, godly character that I can always see when he plays.

Cesar and I talked politics. We discussed the precarious situation in Nicaragua between the protesters, those who see themselves as Sandinistas but who reject the current President, and the administration.  I learned a lot.

We talked about ultimate and his Nicaraguan teammates.  Then Cesar looked me in the eye, put his arm around my shoulder, and for several minutes expressed, in detail, how much he feels I have meant to him and to his team, his younger teammates, impacting them as an example and role model.  I told him that was the fruit of God’s Spirit in me.  In my ideal world, I would have a transcript of what he said that I could pull out and look at every time I doubt that God is working through me or that my life has helped anyone.***

I left on a high.  Hard to beat that.  Scored a few times on guys I should never be able to beat, exchanged about three hundred high fives, and won both games, plus had someone I really respect tell me that I was the one who had included and encouraged and helped him when he was starting out.  He literally wouldn’t let me go until he conveyed that their team feels that I’ve been a big help to them.

Dinner was nice.  My family had a “Quaker meeting,” something which my  children grudgingly endure, in which we check in and share what we’re grateful for, anxious about, etc.

By any reasonable measure, that was a great day.

Do you feel the “but” coming?

Several people at the party, including the friend whom we were telling “goodbye,” said “You’re going to have one of these soon.”

There are boxes everywhere as we get ready for a multi-family rummage sale this Saturday.

This threatens severe damage to my denial.

Last year I wrote about grieving our beloved friends who were leaving.  (I was going to say “grieving our dear departed friends,” but that made them sound a lot more dead than they are.)  Now I’m the one preparing to leave and I’m grieving more.

In my life, I will confess, I’ve preferred being the one leaving to the one being left, because I’ve got this wonderfully excitable personality, mixed with a dash of over-optimism, so I can easily focus on how great the next thing will be.

Here is the good part: clearly our time in Nicaragua hasn’t been a total disaster or else I would not feel like this.

But it lies heavy on my heart that I’m leaving these relationships.  I’ve yet to be able to focus on the positives of what we’re going to next, cuz of the denial and all, and because what hit me last night is, I will not kid you, intimidating.  I feel a heavy depression lingering at the perimeter, wondering if it might be invited in anytime soon.  If you’ve suffered depression, I’m sure you know what I’m talking about here.

There’s a whole post to be written on “Finishing Well” or “Healthy Closure.” But since I’m here, I think the best next step I can take in that direction is expressing my sadness and grief that we’re leaving a country that, for several years, I thought might kill me, but which now wrenches my heart to consider letting go. 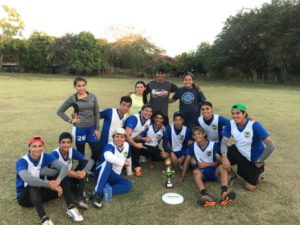 *This is my children’s preferred method of telling time.

Dad: “How late were you up last night?”

**There is a much longer discussion here about preaching and learning to deal with after-preaching, including how much of it is emotional and how much spiritual attack or backlash, and the pros and cons of weighing people’s responses versus staying exclusively focused on God, but I’ll save that for another time.

***Of course, he said it all in Spanish, so it also might have been, “Your forehand throw really isn’t very good and you could use work on your form and how much you snap your wrist.”

**** If you’ve seen the movie “Let the Right One In…Swedish: Låt den rätte komma in, that’s what I’m picturing  here.