THE LAST ONE WAS INTENSE.  THIS ONE IS GOING TO BE A NOSTALGIA TRIP, PURE AND SIMPLE. 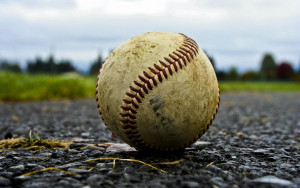 I could also say, “I miss these things,” but that is a different point, and much more complicated. Would I go back to do them again if it meant doing it all over again?  I really doubt it.

I am  thankful for:

Playing backyard football at Rob’s house for countless and uncounted hours, through all four seasons, but mostly fall and winter.  We played in our boots, stocking caps, gloves, and heavy coats in the snow.  We played sometimes when we couldn’t feel our fingers.  We played three against three.  We played hitting the tree or the power line with the ball was interference.  We played you had to count before you could rush the passer.  We almost always played tackle.

Growing up in a town small and safe enough to ride our bikes everywhere.  If there is one thing I am sad we cannot give our children, it is this.  Peddling that little Huffy dirt bike like crazy, jumping over curbs, riding to friends’ houses, meeting at the park, even playing bike hockey.  Riding bikes is emblematic of how the whole town was ours to explore and enjoy.  I’m not a guy who thinks that everything from my past was wonderful through the hazy glasses of retrospect (see: basement flooding, sump pump breaking).  But I am the first to admit that we complained how boring it was to grow up in a small town–and now I look back and see that it was a glorious way to have a childhood!

The town library!  The smell of books walking in.  The rows upon rows of magic and mystery.  The world of knowledge beckoning, helping me to “escape” the confines of my tiny town!  Turns out it was also a tiny library, but I absolutely loved it, and Ellie the librarian, and I always will.

Teachers who believed in me.  Specifically named John, Mike and Dan.  Not that we would have dreamed of calling them by their first names then.  I could barely manage it now!

The hours upon incessant hours that my sister played with me what I realize now were quite repetitive games that may not have been the most intellectually stimulating for her.  Usually they involved being dinosaurs.  Or chasing her.  Or chasing her while being a dinosaur.  She also taught me morality and healthy life choices while being dinosaurs.  Pretty impressive, really.

Stars.  Skies full of stars.  Then and now.  But then, I could go up on the roof or go five minutes out into the country and see them anytime I wanted.  Sitting with a Guy on his roof watching shooting stars.

Staying up all night with the guys playing board games, eating frozen pizzas and drinking 2-liter 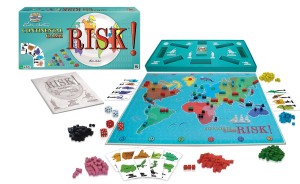 bottles of pop.  (I’m from the Midwest; the correct term is “pop.”)  We hadn’t yet discovered the expanding world of strategy games, so mostly we played Risk and our variations of Risk (adding fleets, 2 boards, etc). 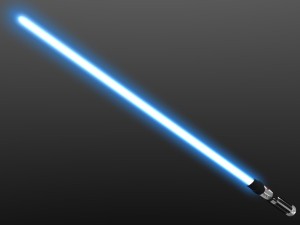 Seeing Star Wars for the first time when it came out.  I went with my dad to the theater to see A Bridge Too Far*, because I was really into WWII history.  I checked out every book the library had on it. Yeah, I was 8.  The person selling tickets–I think a man–suggested that this movie might be more age appropriate for me.  I was a touch piqued, but it sounded exciting.  Thus began a life-long love affair.

All the time my dad spent hitting me grounders.  Sometimes he would have to stop for a coughing spell, which seemed to go on for five minutes.  But then he would hit some more.  I didn’t make the pros, never earned a nickle playing baseball, and I would not trade one minute of that time with him.  Dad expressed love for me in grounders and sinking line drives.

Pooling spare change with my friend to go up to the grocery store (there were two, Swan’s and Wayne’s) and deliberate about what to buy.  Pop Tarts?  Mini-donuts?  Those Nutty Bars?  Clearly, dinosaur healthy life habits did not extend to junk food, but we appreciated those so much for having to scrounge to afford them.  Living here in a poor barrio, my kids do get to enjoy a version of this, since there are lots of tiny pulperias where they can buy gum and candy and pop (gaseosa here) for as little as one cordoba (less than 4 cents).  Couch change usually goes to the pulperia.

Saturday morning cartoons.  Dragging the pillows and blankets out to the living room, settling in with a bowl of cold cereal, watching hours of Super Friends, Looney Tunes, Scooby Doo, Johnny Quest, Space Ghost!  Oh, and Laff-A-lympics!  For reasons I’ve never understood, my all-time favorite, Underdog, was only on Sunday mornings, so I saw it a lot less often.  That scarcity may have something to do with why it was my favorite.  Or maybe it was just the best.  Looking back from this perspective, I realize how much my parents must also have loved this ritual!

The wonder of reading The Hobbit, The Chronicles of Narnia, and A Wrinkle in Time.  You get to read a book for the first time only once.  I cried so hard when Aslan died on the Stone Table, and then Lewis described Lucy crying like that on the next page.  I could feel every inch of Mirkwood, and when the giant spiders cocooned all the dwarves and only Bilbo was free…and found his courage.  The throbbing, throbbing, throbbing of IT, pulling Charles Wallace in.  Meg going back for her brother and saving him by screaming that she loves him.  I didn’t really know God then, only a little bit about God, but I had books that showed me, long before I understood what they were showing.

So many others:  Baseball at College Square Park every day, all summer.  Discovering U2 and so much other great music.  Singing in chorus and playing trumpet in band.  Especially marching band!  Acting in high school musicals.  Short hoop basketball.  Oh my gosh–going sledding at 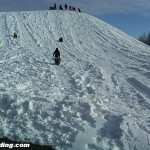 the high school bowl!  Playing King of the Mountain on those hills.  That time when everything turned to ice and we went to the Court House at night and ran and slid on the sidewalks. Driving for the first time after I got my license.  Doubles tennis with my best friends and each of us learning to juggle on the side when we had odd numbers.  Those lousy $3.35/hour jobs that provided our spending money.  The $2/hour first job that made me appreciate $3.35.  The ride back from detasseling at 12:30 PM after we had already put in a full 8 hours of work.  Opening packs of baseball cards.  Sorting those baseball cards.  Memorizing the statistics on the backs of those baseball cards.  The County Fair.  The State Fair. Fishing.  Swimming all summer.

There is great power in living in the now, in learning to be mindful, in observing the Sacrament of the Present Moment.  I know people who live the characters in Springsteen’s “Glory Days.”  That isn’t me.

But neither do I want to forget.  To remember the wonder is to appreciate, and to appreciate is to give thanks.

I’m thankful to God for the wonders of my childhood and teen years.**

Let me see the wonder in our children and remember what happens–and what should happen–in these years.

*I finally watched A Bridge Too Far about 20 years later.  The ticket seller was right; too many heroes die…though Midway was one of my favorite movies back then, so who knows?  I was a weird kid.

**I’m acutely aware that these memories date me.  I also know I’ve lived a privileged life.

9 thoughts on “Giving Thanks, Part 3: Past Things”