Today, a number of the students I work with are taking the SAT.  There is controversy surrounding the SAT involving questions of whether it gives cultural advantages to some students over others.  It probably does.  But I’m not going into that right now.  Maybe later.

Remember that there were only two sections on the SAT when I was tutoring kids for the test, after I graduated from college, when I was working three jobs to save up for our wedding.  So I’m telling a story from distant history, and none of these facts about the test(s) may be accurate currently.

I was the only one in my high school class to take the SAT.  Everyone else going to college took the ACT.  The ACT is actually a more comprehensive test (4 subjects instead of two, testing knowledge as well as “ability”), but for reasons I do not know the ACT is favored by universities and collleges in the Midwest, whereas the East and West Coasts prefer the SAT.  They could care less about the ACT, which worked out well for me, because I didn’t do that well.

I took the SAT the first time in the summer after my junior year.  Kind of late for a first time, but like I said, I was the only one taking it and I was figuring things out as I went.  I’d done fairly well on my PSAT, but my SAT score was way too low to get into any of my hoped for colleges.  Grrr.  So I scheduled to take it a second time.

The closest place to take the SAT from my little town was about a forty minute drive south.  I am not naturally gifted with a sense of direction, or following directions, though I am spectacularly gifted at getting lost.  I got lost on my way to propose.  Different story.

I did not get lost on my way to retake the SAT.  I planned carefully, had everything from clothes to #2 pencils to car keys laid out the night before so I could leave very early and allow extra time, and arrived early–yes, early–for the test.

I reached for my wallet…and discovered that I had carefully laid out the wrong one.  I had recently switched over to a new wallet, but my nervous, trying-to-be-organized brain hadn’t registered a problem when I grabbed the old once, since I’d carried it for years.  I had a library card.  Without a picture.  That’s the only identification I could provide.

“Uh, I’m afraid I can’t accept that,” said the proctor person, looking a little embarrassed for me.  I think my pupils might have dilated to the size of my eyeballs, because the nice man said, “There’s a phone over there you can use.”

I called home.  My dad answered.

“It;s okay, Son.  Stay calm.  Go and ask if they will please let you start the test and I’ll have your license there in thirty minutes.”

So, again looking just a tiny bit frantic, I approached the kindly man and explained my situation.  I barely hyperventilated at all.

So, sweating icewater, I took my seat and began the test.  I’m not a math whiz, even when I have my brain functioning at full strength.  Now I’m looking up at the door every thirty seconds,  trying to regain my calm, and these questions are hieroglyphs to me.  I’ve been preparing with a book that had practice tests and lots of strategies.  One of the strategies was “don’t freak out.”  Another was, “Don’t get stuck on a problem you can’t answer.”  It didn’t have a strategy for “already freaking out and can’t answer any of the problems.”

So I prayed.  I wasn’t a Christian yet, but I believed God existed and I knew I was in trouble.  And then I took deep breaths (no paper bags allowed during testing) and took my best guesses, another solid strategy provided by my book.

Dad arrived, hardly said a word–a minor miracle in itself–handed me the right wallet, thanked the world’s most gracious proctor, and left.  Actually left, didn’t wait around for me.

I finished the test, nauseous and severely pissed off at myself.  But it was done and I couldn’t change it now.

In the following weeks, I read the small print in the SAT instruction booklet.  There was a phone number to call if you decided you wanted to cancel your scores, meaning if you were so acutely aware that you had bombed the test that you decided to eat the entry fee and those hours of filling in circles with graphite rather than risk having college admissions offices see you did that badly.  I had the phone in my hand and started dialing the number, but I hung up.

The envelope with my scores arrived.  I felt nauseous, again.  I opened it.  And had to read it about six times.  My math score went up 130 points.  In fact, my reading/vocab score actually went down 10 points–that’s supposed to be my strength, but apparently I was distracted or forgot to pray during that section.

A few months later, I got an acceptance letter to attend Pomona College.  I was underqualified, short in foreign language and math requirements, but my SAT score was dead center for who they accepted.  I’ve alwasy suspected I hit some diversity they wanted, but whatever their reason, my first score would not have gotten me in.

The following year, during the first week of my sophomore year, I met Kim.  Fell in love with her instantly.  Five years and a bit after that, we got married (she did say “yes” to my proposal, once I finally found her).  Children arrived, though not quite as easily as that makes it sound.  Now our eldest is in her first year at Pomona.

I’ve read about “helicopter parenting,” and how we’re not supposed to come in to rescue our kids when they’ve gotten themselves into jams.  I agree, in principal.

But if my dad wasn’t my hero that day…I don’t retake the SAT, I don’t get into Pomona, chances become “slim to none and slim just left town”* that I ever meet Kim, we don’t get married, we don’t have these children…  I don’t have this life.

I have no profound conclusions about predestination or free will, chance or fate.  But I know this:

“The boundary lines have fallen for me in pleasant places;
surely I have a delightful inheritance.”

So yeah, the SAT. 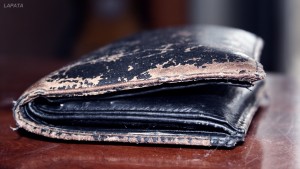 *One of Dad’s many favorite sayings.