Today is the first day of Lent.  Lent is a season of self-denial, a season of journeying inward, a season of recognizing and grieving our sin for the purpose of moving to deeper repentance and reliance on grace.  That’s how I understand it, anyway.  It’s a time to draw near to God.  It is the Church’s season to prepare for the Easter celebration, forty days of looking inward and offering ourselves up to God.  In the early church, the forty days of Lent were a time of learning and preparation for those who wanted to be baptized; the new disciples then received baptism on Easter.  Baptism symbolizes dying to the sins that would kill us and being raised to new life through the power of God’s Spirit.  Coming up out of the water is joining Jesus Christ in resurrection.

Several people I know have declared that they are going to fast from social media, or the internet altogether, as a means of seeking God during Lent.  I felt challenged by a blog post describing this decision.   I’m hoping and praying this Lent is a profound time of reconnecting with God for me.  I’d love to fast from insomnia, but I’m not sure that’ll work.  I’m still praying about what I will give up.  I don’t tend to give up physical substances, like chocolate or coffee or meat or alcohol.  Two of the fasts that stick out for me are when I gave up getting angry at myself and when I gave up up concern over what people thought of me.

The former was life changing.  I would get angry for screwing up and go to lash out at myself–then just freeze, completely at a loss.  If I couldn’t yell at myself, what could I do?  These moments of silent bewilderment showed me how self-abusive I was.  While I have not completely weeded this out of my life, it was a huge step forward.

The latter brought about less dramatic change, but not because it was a smaller issue.  In a sense, giving up my concern over what  others thought of me was a failure.  I didn’t give it up.  Instead, I spent those forty days becoming acutely aware of how constantly I think about others thoughts, attitudes, opinions, respect and disrespect about, toward, of, and for me.  I knew it was bad, but it was worse than bad.  I’ve spent the years since then letting go of others’ opinions of me and the power I give them by caring too much.  So in a sense, that one was successful, too, from a moving deeper into God perspective.

I’m going to write a series for Lent.  I hope to share one thought each day, a brief thought if I can manage it.  I’m not going to focus specifically on sin and repentance or what you need to give up; I’m leaving that to you to decide for yourself in your own journey, in your own relationship (or non-relationship) with God.

Instead, I’m going to share how I’ve seen or encountered God–and how I’ve continued believing (or come back to believing) when I have neither seen nor encountered him.  In other words, I’ll describe a part of my journey each day.  Some of these will be stories of miracles and wonders, others will be desolation.  It’s Lent, it can’t all be happy.

I hope to write every day, except that I’ll take Sundays off, because that’s also what you do during Lent.

Tomorrow I’m going to start with my favorite miracle story. 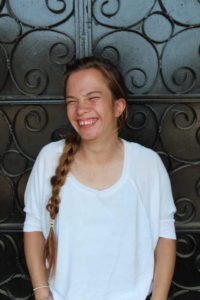