I’ve done a lot of not-so-wise things in my life.  I’ve messed up frequently.  People almost never argue with me when I make these statements.

BUT–and this is a big one–I chose very wisely both my mom and my wife.

I  know, some of you cantankerous types may want to take me to task, claiming that I did not autonomously choose to have the delightful mom I have.  You might even go so far as to suggest that God had more to do with that selection than I did.

Well, technically (and theologically) you might be right.  However, I would point out that likely the most brilliant decision of my life, after following Jesus (and even before cheering for the Yankees), was to propose to Kim.*  Anyone who knows both Kim and Mom will immediately understand the logic:  1)Kim and Mom are remarkably similar, 2)I chose Kim, 3)therefore, it stands to reason I would have chosen Mom if we could choose our mothers.  Metaphysically, who can know for certain that we get no say in such decisions?

I realize some of you, who are argumentative by nature, will suggest that perhaps the influence Mom had on me while she helped raise me actually swayed me toward finding a comparably amazing woman to marry.  Sigh.  I’m guessing you are the same people who read through all the Facebook comments in order to pick fights with folks’ innocent political views.

Whatever the case might happen to be, whichever way the  cause and effect arrows point, I have a spectacular wife and a remarkable mom, so much so that I’ve already written tributes about each of them.  But right now, as I write this, we’re approaching the intersection between Mother’s Day and Kim’s birthday, which will seamlessly transition the celebrations of these women in my life.  Thus, I think it fitting to name a few of the similarities between them, if not to confirm my good judgment then at least to drive home what a truly blessed man I am by God’s grace.

Kim and Mom are both teachers.  They have dedicated their professional lives to loving and helping kids.  I love hearing Mom’s former students, including my peers, still talking about the  positive influence she had on them.  Kim transitioned last year from teaching in a classroom for many years (at which she was ridiculously good) to coaching other teachers (guess what?  Great at that, too), while still volunteering to teach pre-school for kids in our barrio, partnering with two of our Nicaraguan mom neighbors.

Both my wife and mother are great at making friends and lousy at making enemies.  People love them, often instantly, because they care and they smile and they laugh generously.  They both seem, at times, almost incapable of offending others, which I find uncanny.  Mom tried very hard to teach me to speak diplomatically, and Kim has a special place in my ribs her elbow seeks when I continue to fail at that lesson (gently, of course).  But honestly, I think they can both speak the truth to someone in a way that the other can receive it and be grateful, rather than defensive.**

They both practice hospitality so graciously and effortlessly that it appears easy when I know darned well it’s not.  It would be fascinating to know how many people they have welcomed into their homes, combined.  I’ve been watching this all my life and people feel welcomed, they feel well fed, and they feel loved.  More of this in the world would make the world a better place.  Period.  I try not to get in the way (and I eat a lot).

They both love coffee.   They do.  I’m not making a profound point here.  They just do.

Pat and Kim show deep compassion.  They have both taught me to be more compassionate.  I think the world severely–and to its great detriment and sorrow–lacks compassion.  I have watched each of them respond to others’ suffering with gentleness, kindness, and patience.  Mom still volunteers at a local hospital.  She says, “I just like to stay busy,” but her default for staying busy is to help others.***  I also remember specific conversations in which she helped me to see people who were driving my crazy with more grace and less judgment.

I could write an entire post on Kim’s compassion.  She was an obvious choice for teaching coach because, in addition to being a brilliant teacher, she’s the one other teachers know they can come to when they need to shout or cry (if you’ve done this, don’t feel called out–believe me, there have been many more than just you).  From giving her heart to struggling moms on our street to teaching me to value people above competition, she simply sees everyone around her through this lens. 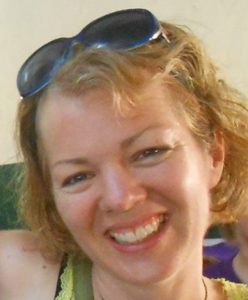 My wife and my mom are both cheerful.  They aren’t always in good moods but, well, often they are.  Proverbs says “A cheerful heart is good medicine.”  I’m pretty certain this applies both to those around the cheerful-hearted one and to that one herself.  I could interpret this literally for these women themselves, because they are both remarkably hearty and rarely sick.  I think their smiles and positive attitudes do serve as balm and healing for others, as well. 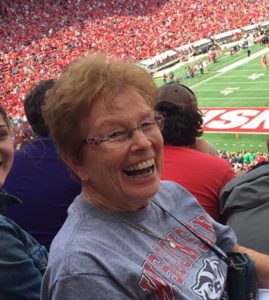 While I seem a bit more adept at focusing on negatives, I have seen each of them simply shrug off bad things they can’t change.  “But it’s…!  But then they…!” I splutter.  They nod and show concern, but Kim and Mom have grasped the Serenity Prayer.****  I don’t think they wear rose-colored glasses (okay, maybe Mom a tiny bit) but neither of them sees the point of wallowing.  Though I find this galling–goodness knows I have tried to show them the point–mostly I’m grateful for the medicine they share.  They’ve healed my heart more times than I can tell you, probably more times than I even know.

I could go on.  These are more examples than an exhaustive list.  I trust you get the idea.  I’m not saying they’re perfect, either.  Neither of them seems to care a bit about ultimate.  And no, I don’t really claim credit.  Grace is, after all, a gift.

*You certainly may weigh in on Kim’s decision to say “yes,” because I have all power to delete comments from this blog.

**This could qualify as Irish diplomacy, certainly for my very Irish mother.

***Her husband, Jim, has the same default setting–his idea of fun is to get up around sunrise to build a wheelchair ramp for someone’s home; I believe he’s helped build around a hundred of them.  He’s kind of horrible at being an inactive retiree.

****”God, give me grace to accept with serenity the things that cannot be changed, Courage to change the things which should be changed,and the Wisdom to distinguish the one from the other.”  Reinhold Neibuhr

4 thoughts on “Mom and Kim”