We live in Nicaragua; living here is hard. The motto I’ve come up with is “flexibility and humor and grateful for what God gives today.” I could say a lot about that. I will, another time.

This place is hard for many of the same reasons anyplace with extreme poverty is hard: people in desperate situations making desperate and (from our perspective) destructive choices, rampant addiction, lacking sufficient income to cover basic needs.  One of our neighbors, who has a 21-month-old and a new baby of about six weeks, is separated from her husband. He took up with another woman and, in spite of our friend’s patience and grace and continuing offers of forgiveness, he has acted as if he can live both lives. The main reason he seems to believe this will work is that she is completely dependent on him 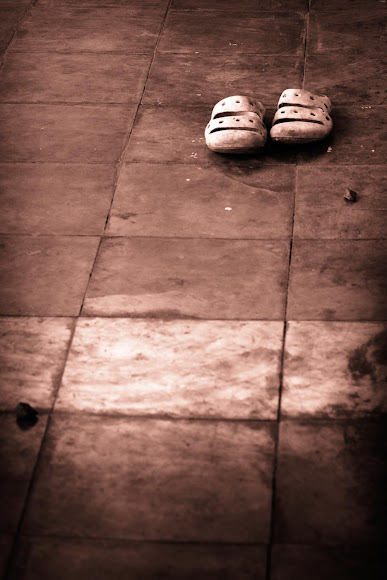 economically—she has no food without him.

We have been doing our best to support her while watching in horror and trying not to interject with our opinions too strongly. If this happened to a woman friend in the U.S who had means to support herself, we would counsel, while hoping for reconciliation, to pull back from the relationship until her husband showed signs of repentance, like, say, stop having sex with the other woman and disappearing for days at a time. We have been inviting her for meals, bringing her meals, helping with groceries, and spending time with her and helping watch her children. Our 15-year-old daughter, who was born with twice as much nurturing in her heart as the average person, takes care of the nearly-two-year-old a lot, purely voluntarily. I have to tell you, that’s beautiful to see, and it gives me hope for the teenage race. Finally, months and months later, our friend has reached her limit. She told him she’s done. She still loves him, but he clearly does not love her. His response is that’s just her, and she will come around (implied: when she gets hungry enough).

So, “when helping hurts” readers, feminists, wise folks all, what can we do here? Here’s what we’re doing: we’re feeding our friend and her babies. We’re encouraging her that she made the right decision about her cheating husband and we’re trying to brainstorm with her about how she can go forward and support herself. I forgot to mention—she can read at about a 2nd grade level and can do only basic arithmetic, and had been in one of our classes we’re offering in our barrio, until her life went haywire. I had the privilege of teaching her to multiply and divide–one my best moments in four years here, when her eyes lit up and she grasped it for the first time…at age 25. Unemployment in Nicaragua is between 50-70% (yeah, with zeros, not single digits), so you can begin to grasp what she’s up against. And we are praying very hard that she will not take up with someone worse. She is an intelligent and practical woman. But the pattern here is for men to have affairs and move on and women to take a new lover until the woman gets pregnant. Repeat. I won’t even get into how these “step-dads” often treat the children. Just imagine the worst, and you’re right.

Yes, we’re trying to establish some clear boundaries in how we help her, so that our temporary solution doesn’t end up making things worse in the long term (what’s worse than going hungry, with your baby, in the short term?). Mainly, we’re trying to love our neighbor as ourselves, and do for her as we would want someone to do for us. None of that turns out to be easy, and we’re at the very beginning of figuring out how to do it well.

So then there’s ultimate. The sport, I mean, the one with the disc and all the running.* We’re not poor. I never will be, unless I fall into some drug addiction or alcoholism and destroy all the support structure we have in place. We live among the poor, but that is still worlds away from actually living in poverty. We give up some conveniences and we accept some potential dangers living here. The greater cost, the higher risk, is our sanity. Living in the face of this kind of suffering can get to you. I’ve been depressed for much of the time I’ve lived here, and truthfully, I haven’t extended myself into the depths of it. Our organization, Servant Partners, is about living incarnationally (i.e. alongside, but much more to say there, so that’s another post, too) in slums among the urban poor, BUT, the key is our phrase, “Sustainable incarnational living.” People can burn out quickly in this work, especially if they are accustomed to a different, more convenient life where things work better and more efficiently and the front gate doesn’t have six or seven borrachos hanging out all day (we like them, by the way). We’re in year five, which means a)we’ve figured out how to survive four years and b) (I think) we’re learning how to thrive here.  “Sustainable” I take to mean we must find a means of living here and doing this work that doesn’t kill us, destroy our marriage, incline us to abuse our children, or ruin our health. No, it means this, too: we can grow into folks who love God and our neighbors more. A great myth of our work is that it will automatically turn one into a saint, to which I say, “HA!” Not so much. At least, I haven’t seen it yet. I sure as heck don’t see it in the mirror.

Twice a week, Saturday morning and Sunday afternoon, I get to play ultimate. I love ultimate. Like Top 5 I love ultimate (grouping my children together as one number on that list). But ultimate has changed for me since I moved here, and not only because we play a slightly different version on Sundays and a bit lower level than you’re starting to see on SportsCenter (hooray!). Ultimate has become one of my lifelines to sanity, one of the key blocks of my “sustainable incarnational” foundation. I get to run around like a maniac for about 3-4 hours, throw and chase after a piece of plastic, jump, dive (delightful in the rainy season, “like diving on asphalt covered in broken glass” in the dry season), feel younger, stay in shape, and, for a little while, let the world be about passing and catching that disc up and down the field. For a huge added bonus, two of my daughters love to play.

Playing ultimate relieves stress, gives me a safe place to vent my emotions and frustrations, and, frequently enough, bolsters my self-esteem, which takes a hammering here most of the time. (Go ahead, psychoanalyze me…just don’t tell me about it.) For me, playing ultimate is a form of worship. If you don’t know the Eric Little line, you should stop reading this and go watch Chariots of Fire. That kind of worship. Worshiping God with this body he created, discovering what it can do, rejoicing in his gift of exercise. Plus, kicking ass once in a while. Today, I got a pass that led me so I had to lay out (ultimate lingo for dive), then I got up and curved a throw to my daughter, who made a sliding catch for a score. Yeah, we celebrated. On another play, my other daughter made a terrific catch for a score—but she was on the other team. We celebrated that, too. Just barely, slightly less.

That’s how I deal. One of the big ways, anyhow. To say “it helps” would be a gross understatement. I won’t go so far as to say I couldn’t live here without it, but I hope I don’t have to try. My wife, who loves and understands me, helps me block out this time every week. Like I said, I’m not impoverished. I have choices and disposable income, like for buying discs and cleats and spending gas money to drive back and forth (in our car!) to our school where we play. Those are privileges for which I’m profoundly grateful. Our time living here has taught us many things—like how bloody fortunate we are—but maybe the most important has been how to keep living here. Because without that, none of the other lessons are going to help much. They certainly won’t help our friend and her children.

* Some people call it “ultimate frisbee,” but that, too, is a post for a different time (hint: we don’t play with a Frisbeetm).

CRUCIAL POST-SCRIPT:  Since I posted this, our friend and her husband are, astonishingly, reconciled.  We are still holding our breath, but from what we can tell, they seem to be doing well.  I thought about scrapping this, but the description of our experience is still accurate, and there is too much bad news here not to share good news when it happens!

10 thoughts on “Of Ultimate and How I Deal”