[Spoiler Alert:  If you haven’t seen Wonder Woman yet, be warned.]

I’m having my last times with people I love until I-don’t-know-when.

Our lives are a series of days taped together.  We can measure and categorize them in so many different ways–days left of school, years until you retire, how long they’ve been sober–but we get a certain number of days in a row.  Period.  Within certain constraints, we choose what to do with them.  We don’t choose how many we get, other than that we can shorten them.

Wonder Woman surprised me.  It not only entertained, it spoke a couple of profound truths.

Diana “Prince” and Steve Trevor debate whether or not people deserve saving after Diana gets a glimpse of how evil and hateful people can be.   But Steve changes the debate:  we don’t risk our lives and try to save people because they are worthy; we do these things because trying to make a difference is right.

God doesn’t save us because we’re worthy, but because He loves us.  We don’t debate whether people deserve our love; we love them because God first loves us.  It’s not what they deserve, it’s what you believe.

So these last few days I’m having my last few days with some of my favorite people.  Then they’ll move and I don’t know when I’ll see them again–but if and when I do, it will never again be life like we’ve had it.  You can never step in the same river twice, because it’s not the same river and you aren’t the same…you.*

Time means that we can’t cling to life as it passes.  We can try, but that doesn’t work.  Time is the river.  It flows by. 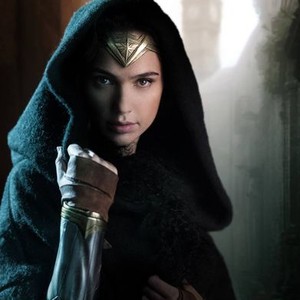 Back to Wonder Woman.  “I used to want to save the world, to end war and bring peace to mankind. But then I glimpsed the darkness that lives within their light. I learned that inside every one of them there will always be both. The choice each must make for themselves – something no hero will ever defeat.”

Truth.  We aren’t prone to evil because we have an evil leader–Aries, the God of War, influencing us to go against our nature–but because we have darkness even in our light.  Even when God redeems us and changes our hearts, even when we taste grace and see that God is not the monster who can’t wait to catch us screwing up (that’s someone else’s voice), we’re still at war within ourselves, as Romans 7:14-25 describes.  Following Jesus means not only do we believe this, we take this on as a daily discipline.  We commit to a “whatever it takes”** approach to “the choice we make for ourselves,” becoming God’s light in the world instead of spreading darkness.

Okay, here I’m either going to tie all this together or crash and burn.  Let me know.

We love people, we seek to live grace and love in this corrupt, brutal, almost casually destructive yet beautiful, God-drenched world.  We are here to love, not to judge.  I think I’ll repeat that.

We are here to love, not to judge.

Good thing, too, because we’re just as undeserving as the folks we’re tempted to judge.  I know we feel like we’re not, and (secretly) we (sometimes) put ourselves on a different level than “those” people.  But again, we have light within us but constantly feel the darkness beckoning.  There, but for the grace of God, go I.  I believe that; every time I forget, I get in trouble.

God brings people into our lives and leads them out.  The river flows.  We choose to love certain people and let them in.  In my life, anyway, I’ve had some amazing folks, much better than I’ve “deserved,” and that’s grace, too.  I wish the people who are leaving would stay, and this is yet another way that, if I had more power, I’m certain I would screw things up.  Providentially, that choice is not given to me.

Wonder Woman reminds me, though, that all I can do is choose.  Choose to love, because God’s love does save the world and somehow God makes me and you part of that.  Choose to let God bring light into my darkness and refuse to give up on the people who seem (to my eyes) lost in a darkness of their own making.  And choose to believe that an open heart to love the next people the river sends my way is, itself, a choice for light, against darkness.

And, maybe just maybe, choosing others, making people “our people,” is what makes these relationships matter so much in the first place.  Could it be not that we choose people we love, but that we love people we choose?

One thought on “Of Wonder Woman, Departing Friends, and Choices”