Disclaimer:  For those of you who don’t share my love of or interest in sports, no apologies for this but you don’t have to indulge me, either.  Sports take up about 3% of my blog posts, which is a wee bit less than my real life percentage spent on sports, between coaching, playing with Corin, playing myself, and spectating (happily, that is a distant fourth, as I think it should be).  We will soon return to other topics in life.

Aging is tough in sports terms.  I’ve been holding off saying that until I qualify, but I’m one year from fifty and almost never guard or go against anyone of my own age in my sports of choice.  I don’t mind.  I enjoy/need to be the underdog and this is one sure way, in my own head, that I always am.  I guard guys in ultimate who can run circles around me and I hold my own.  But it gets tougher, by tiny increments.

That sounds so simple.  It is simple, but difficult.  If you shoot in a game and the first shot or two swish, you feel like, “Okay, I’m hitting tonight,”  and it becomes easier to keep shooting.  If you miss or airball a shot or two, it’s harder.  This is ridiculous, because of course the act of shooting the ball through the hoop remains the same…except it doesn’t.   When you think you can, it’s easier; when you suspect you can’t, it’s harder.  When you know you can’t, it becomes nearly impossible.  Even though it’s the same physical act!  Ridiculous.

To put this in perspective:  Driving a car, you do some very fine, very precise maneuvering.  You buzz between cars with 12 inches on either side without slowing or flinching.  You don’t think about it, even though it requires precision and screwing up would be extremely costly.

There is a fantastic series of books I read many years ago, by Timothy Galloway: The Inner Game of Tennis; The Inner Game of Golf; and Inner Skiing.  Inner Tennis dramatically improved my game.  If you’ve ever wondered “how intense/competitive/obsessive is Mike?” and you didn’t ask Kim, I do not and will not play golf; I read Inner Golf to improve my disc golf game.  It worked.  I once held, briefly, a course record for amateurs.  I won money in the weekly dg tournament for that round, for which I have ever since joked that I was a professional athlete, albeit briefly.

Inner Skiing did me no good at all; I still suck.  Go figure.

The biggest take away from these books is simply that your body knows how to do stuff and your brain, by trying to help, just gets in the way.  If you can learn to shut your brain up, you will perform better.

Again, this is the simplest of instructions yet can be crazy hard to follow.  Some people’s brains shut up better than others’.  Some people can just decide to focus and carry that out.  Other people will find this impossible even to conceive of*:  “Telling myself ‘don’t worry’ does not cease my worrying!”

In ultimate, by far my best sport, as in, the sport at which I am 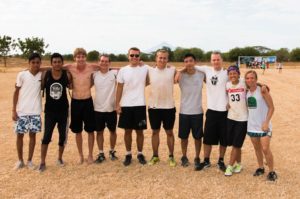 most proficient, I can throw very well.  I can hit a moving target 75 yards away.  I’m often amazed that I can simply do this, with no second thoughts, and moreover that my freedom from second thoughts comes so easily.  In contrast, though I love tennis, I can drive myself berserk because I think too much and too loudly, even knowing what I should do.

Here’s the difference:  I don’t practice tennis enough to have the confidence I need in order not to think.  While not thinking–or not overthinking, if you prefer–improves my game, I seem able to do this (or not do this) only in direct proportion to my confidence to succeed.**

If you play sports and you’re out of your twenties, you probably  know what comes next.  You can’t do what you used to do.  You can still play hard.  You might be even better at certain aspects of your sport.  The average age of a Tour de France stage winner is 28, suggesting that nineteen-year-olds don’t have the advantage.  The average age of Mr. Olympia winners is 33 years old.

But I don’t cycle or body build.  I play ultimate and basketball.  And the latest challenge, I’ve noticed, is keeping my confidence.  This also functions as a cycle:  If I know I can, then I can, and I don’t start overthinking.  When I start wondering, “Am I too old?  Can I not anymore?” then the downward spiral starts spiraling downward.

Playing sports can be a “create your own reality” show.  There’s a fine line between confidence and arrogance.  There’s another fine line between competitive and belligerent.  What you think you are capable of doing often–though not entirely–dictates what you can, in fact, do.  I mean, within reason. I’m excluding delusions of grandeur and mental illness here.  Deciding you can, especially if your sport is directly you against someone else, requires both confidence and competitiveness.

The reality of aging is that my physical abilities are diminishing, (ever so slowly, thank God), and the more I pay attention to that, the less I can create my own success-at-sports reality.  However, completely ignoring my age leads to frequent injury and results in spending more time rehabbing than playing.  Not fun.

So far, this means I have to train and condition more carefully, less aggressively, more gradually.  I don’t play with the same heedless abandon that I once did–I can’t–but I still feel like I can play all out, and that’s satisfying.  Conditioning and whole-heartedness contribute to confidence.  I’ve recently lost nearly all the weight I annually make a point of gaining when I’m visiting the U.S. (“States Weight”) and less of me makes it easier to move fast.   I can because I feel faster and because I am faster–believing I can do it helps me do it, and seeing that I can do it helps me believe.  You’d think that would be simple physics, but even this is mental as well as physical.

I’ve enjoyed playing basketball recently, but I’ve also felt frustrated.  Right now, my pre-season for basketball coaching, I’m playing once a week.  I’ve been shooting terribly.  My shot feels fine, nothing off in my mechanics that I can detect, but I’ve been missing most of my shots.  I’m a pretty good shot, though not always a good shot in games, which can be an important aspect of playing basketball (unless you specialize in “H-O-R-S-E.”)

But lately it’s been ghastly.  Now, at 49, that means I’m wondering if I still can, as opposed to just noting that I’m off at the moment.  I remember Michael Jordan playing in the 2002 NBA All-Star game, missing a wide-open dunk.  In his interview afterward, he said, “You want to do something spectacular, but then you don’t know what you can do, you don’t want to hurt yourself, a lot of things go through your mind, the next thing you know, you’ve missed a dunk.”  I’m not comparing myself with Jordan here, at all, I’m saying even Michael Jordan reached the point where awareness of his age and limitations (“you don’t want to hurt yourself”) impacted his play.***

Then tonight, I was on.  Made most of my three-pointers and other jumpers, hit two game-winners (game point can add another layer to if-we’re-thinking-or-not-thinking), and swished almost everything I hit.

Where did that come from?  I missed my first shot.  This usually bodes poorly for the evening’s festivities.  But thereafter I “found” my shot and by the end, I had a wide-open three, which can somehow be the toughest shot because it’s the easiest to overthink (“Ohmygosh, I-have-to-make-this-because-nobody’s-on-me-and-it’ll-look-bad-if-I-” CLANK!), and I just relaxed, stepped in and swished that, too.

Was I just lucky tonight?  No.  I wasn’t throwing up ridiculous or crazy shots, only the jumpers and lay-ups I can make (my drives were still off, alas), the ones I usually hit in warm-ups.  And I made them.

So two conclusions I can draw here, you who have read to the end, faithful sports fans, fellow weekend warriors, and doting sister:

2)If I can remember #1, I will enjoy myself more and, regardless of performance or outcome, have an easier time being grateful for the continuing ability to play.  That is, I need not waste energy or kill my own endorphin high with “Am I too old for this?  Do I just suck?” etc.

Since sanity and emotional health remain the biggest reasons I play, those conclusions help a ton. 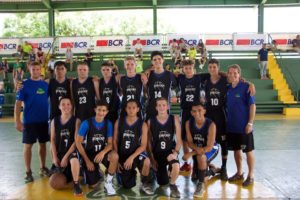 **There is a much deeper issue for me concerning how my ability to do most things rises and falls based on what others think I can or can’t do.  But I’m not talkin’ about that here.  I’m just talkin’ about some sports.

***He also scored 43 points in an NBA game the next year, at age forty, against New Jersey, who would make the NBA finals that year.  So, you know, it’s Jordan.