[I originally intended to post this and part one together.  Kim suggested that it might reduce the impact of Part 1 to make it that long.  My wife is wise.  I didn’t want to take away from Rachael Denhollander’s story.  I do think this will make more sense if you’ve read Part 1 first.] 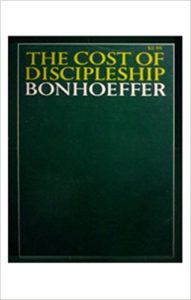 In his book, The Cost of Discipleship, Dietrich Bonhoeffer warned against “cheap grace.”

Costly grace is the treasure hidden in the field; for the sake of it a man will go and sell all that he has. It is the pearl of great price to buy which the merchant will sell all his goods. It is the kingly rule of Christ, for whose sake a man will pluck out the eye which causes him to stumble; it is the call of Jesus Christ at which the disciple leaves his nets and follows him.

Costly grace is the gospel which must be sought again and again, the gift which must be asked for, the door at which a man must knock.

Cheap grace is excusing violaters, molesters, and assaulters, who have not asked forgiveness, much less demonstrated repentance.  Looking the other way in the face of such evil is the antithesis of the Gospel of grace, which calls all evil and sin into the light for justice as well as grace, for healing of the victim and then, we pray, repentance, forgiveness, and redemption for the violater.  Grace leads to transformation because God’s spirit works in us.  Anything that offers excuses instead of sincere repentance, that falsely calls victims of abuse “liars” instead of exhorting abusers to face  the “crushing guilt” of the abuser is not Christianity.  If it declares itself “Christianity,” it is a false Gospel.  Paul, the chief of sinners who experienced true repentance, wrote:

I am astonished that you are so quickly deserting the one who called you in the grace of Christ and are turning to a different gospel—  not that there is another gospel, but there are some who are confusing you and want to pervert the gospel of Christ.  But even if we or an angel from heaven should proclaim to you a gospel contrary to what we proclaimed to you, let that one be accursed!  As we have said before, so now I repeat, if anyone proclaims to you a gospel contrary to what you received, let that one be accursed!        Galatians 1:6-9

“Let that one be accursed” is a polite translation.  Paul is saying, “Damn them!  Let them be damned!”  Paul could not say this any stronger.**  The Gospel of God’s grace takes our breath away because it offers true, costly forgiveness for literally anything; God offers forgiveness freely because God pays for that costly grace that condemns sin yet sets sinners free.  Jesus gave his life for this.
Rachael Denhollander gives face and voice to true, costly grace.  She embodies the forgiveness that Jesus makes possible through his death and resurrection.  She offers forgiveness to her attacker.  She offers what she has received, what God has given her.  Through God’s love in her, she has the strength to forgive even this man.
Contrast the women who received justice, who were able to face and address the man who violated them, with those who are disregarded, discredited, maligned, whose characters are torn apart, while the man who violated them continues on unperturbed.
Contrast the true Gospel, in which Rachael Denhollander can both confront her attacker–and the system that allowed him to continue–and offer him a chance of redemption
versus
a perverted Gospel in which an attacker takes no responsibility, is defended by people calling themselves Christians, and consequently experiences no guilt, no grace, and no redemption.
Where is the healing for the one abused?
Where is the hope of transformation for the abuser?
I understand why Paul speaks so vehemently.
Every day, people are told that both of these contradicting things are the Gospel.  Are Christianity.  Are grace.
But I am compelled again to say what Rachael Hollander reminded me is true:
There is only one Gospel.
There is only costly grace.
Grace is greater.

“Should you ever reach the point of truly facing what you have done, the guilt will be crushing. And that is what makes the gospel of Christ so sweet. Because it extends grace and hope and mercy where none should be found. And it will be there for you. I pray you experience the soul crushing weight of guilt so you may someday experience true repentance and true forgiveness from God, which you need far more than forgiveness from me — though I extend that to you as well.”  Rachael Denollander***

Every abuser needs to hear these words.  This is their only chance for Grace.
*Dietrich Bonhoeffer, The Cost of Discipleship.
**Paul writes later in Romans that he wishes the false teachers leading disciples away would “emasculate” themselves, i.e. dismember themselves.  That’s vivid, too, but not in Paul’s view not even this is as serious as being damned.
***I encourage you to research what Rachael Denhollander went through to seek justice for her abuser under the law.  She paid a huge cost.  She exhibited incredible courage and faith.

“Those first few weeks and months waiting to see if anyone else was going to speak up was absolutely hellish. Within 24 hours, Nassar knew that I’d come forward. And I was alone. That was really scary.

I was not surprised. I knew what the cost would be.”

Final thoughts: we admire what Rachael Denhollander did and the incredible strength of her faith.  But she was attacked and threatened and bullied, called a liar and slandered in any number of ways by those trying to cover up what Larry Nassar had done to her, by those in power who had much to lose.

If we are living the Gospel, if we believe in Grace, we take the side of the victims and seek to empower them in their pursuit of justice.  We seek to amplify their voice.  If we are silent, if we pretend we don’t realize what crimes abusers have committed, if we turn away and close our ears to the cries of abused women and men, we put ourselves on the opposite side from God and we oppose grace. 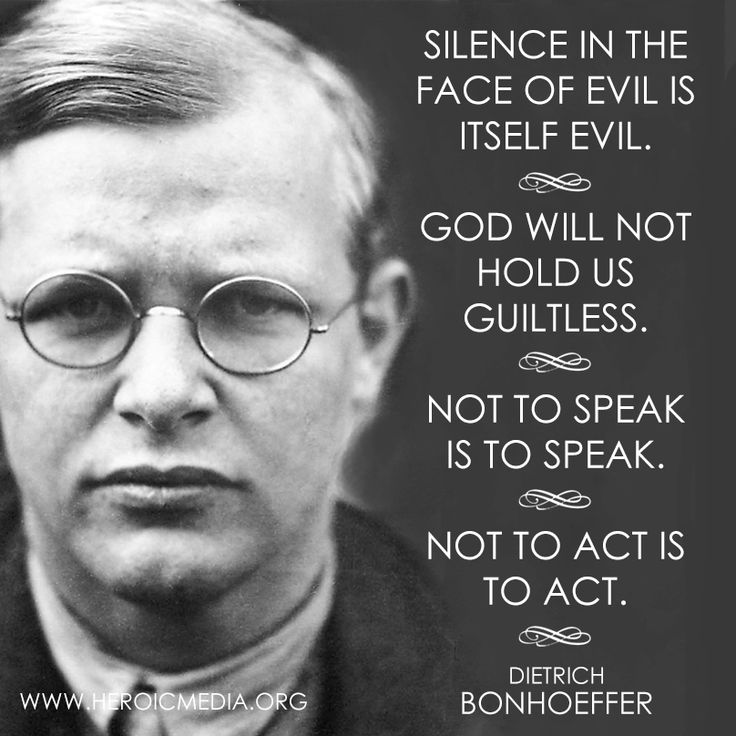 One thought on “Rachel Denhollander, Costly Grace, and the possibility of Redemption, Part 2”