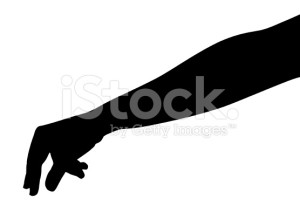 Poor people steal a lot.  And a lot of poor people steal.  Not every person suffering poverty steals, but probably a higher percentage than people not in poverty…or maybe not.  It’s hard to get a good survey on this subject.

Rich people also steal.  We use fancier words for it in English, like “embezzle” or “defraud” or “misappropriate.”  That last one doesn’t even sound so bad, does it?  I misspoke, I took a misstep, it was just a mistake…I misappropriated those funds.  I’m not going to wander too far down this path because honestly, this isn’t my world and other people have more to say about it.

“Stealing, of course, is a crime, and a very impolite thing to do. But like most impolite things, it is excusable under certain circumstances. Stealing is not excusable if, for instance, you are in a museum and you decide that a certain painting would look better in your house, and you simply grab the painting and take it there. But if you were very, very hungry, and you had no way of obtaining money, it would be excusable to grab the painting, take it to your house, and eat it.”
― Lemony Snicket, The Wide Window

We live in a neighborhood where people steal a lot and the threat of having things stolen is constant.  Of course, that threat is constant for us because we have more than most of the other people here.  Jesus said something rather shocking about stealing, or more accurately, about being stolen from:

“Give to everyone who begs from you; and if anyone takes away your goods, do not ask for them again.”

I would guess that this ranks high on the “Top Ten List of Things Jesus Said That His Followers Ignore.”  I think most look at it and decide he didn’t really mean it, or that it doesn’t apply to my life, or that it fails to take into account how taking my goods is bad for the taker, so this is not compatible with my trying to be loving.  We have a strong distinction between “empowering” and “enabling,” where the latter involves allowing or even encouraging bad, self- and other-destructive behavior.  This is a crucial understanding, especially when working with those in addiction, and I have explained the difference, with specific examples, many times.  BUT, Jesus doesn’t make the distinction.

When we lived back in Washington, we once had a situation in which we had to leave our oldest girl’s bike unattended.  She was about six at the time.  She might have fallen and gotten a bad scrape, so I had to carry her to where we could get her patched up (though a tire might have gone flat and I have chosen the more heroic version of this memory–certainly both scrapes and flats have happened multiple times in the course of raising four kids).  The bike was parked at the edge of a Brethren-Baptist church.  After we had gotten her triage, we drove up to retrieve it and saw a mother indicating to her child to take the bike.  The child had just taken hold of the handlebars and was starting to walk it away when Kim called out from the car in her teacher voice and wagged her teacher finger in the universal symbol of “Uh-uh-uh!”  The child immediately dropped the bike and she and her mother hurried away without looking back.

I was bemused by this incident, mostly impressed with Kim’s power of command.  But later it struck me:  Jesus said not to ask for the bike back again.  I shared that with a friend, a very knowledgeable fellow preacher, who kind of hemmed and hawed and questioned if that was an accurate application to the passage.

…bless those who curse you, pray for those who abuse you. If anyone strikes you on the cheek, offer the other also; and from anyone who takes away your coat do not withhold even your shirt.  Give to everyone who begs from you; and if anyone takes away your goods, do not ask for them again.  Do to others as you would have them do to you.

This entire passage likely makes that aforementioned Top Ten list.  Some biblical scholars have gone to great lengths to dismiss that we should even try to obey such words, declaring this a “counsel of perfection” that simply demonstrates to us how impossible being like God is.  We just need to know we are sinners and then we can repent and accept grace and get on with trying to obey more reasonable commands.  I think Jesus said it with a straight face.

I haven’t gotten that opportunity again, to decide whether or not I would let the person keep what was taken.  But since we have lived in Nicaragua, we have had more stolen from us than during all our years in the States combined.  Only one of these thefts have come from an outright robbery.  The rest were all “inside jobs.”  People we trust come into our home and leave with our stuff.  We’ve lost phones, iPods, a lot of cash in both cordobas and dollars, some of our best kitchen gear.  At first, we chalked it up to our children’s disorganization (okay, and mine).  We figured “it’s around here somewhere.”  Our middle daughter was saving money so that she could fly to see her grandma.  Then all that money was gone.

Being robbed feels violating.  It shakes ones feeling of security.  It makes your home feel different.  Having friends steal from us hurts in a different way.  One of the worst parts is not knowing who is stealing, because that causes us to look askance at everyone who comes into our home.  I want to say the key is to hold our stuff loosely and care more about the people than the possessions, but that does not entirely resolve the issue.  We’ve been fine without everything that has been taken from us…but not caring about what we’ve lost does not heal broken trust.

I understand why people steal here–at least, as much as I can from the outside.  I don’t understand what it feels like to live on $5 a day or less, or to send my children to bed hungry, but I see how our lives and all we have must look to people who do.  Even living here at the most fiscally stretched we’ve ever been, we have freedom and choices and power that most of the people around us truly cannot imagine.  One little girl who was visiting asked, when we had given her a piece of pizza, if she could take it home and share it with her siblings.  When we leave money lying around our home, it really does look like we have so much that we can’t even keep track of it all.  I’m not excusing or saying those choices are okay because we have more, but I can see the rationale.

We chose to live in this neighborhood.  We chose to live near people who have much less than we have.  Nicaragua is remarkably safe–it has the least violent crime of any country in Central America (including Costa Rica and Panama, where people enjoy a much higher standard of living)–but is the second-poorest country in the Western Hemisphere.  There are many more secure locations here, gated communities with 24-hour guards and high walls with electric wire and razor wire on top.  But we couldn’t do what we hope to do here by living in one.  We started out there and kind of worked our way here, in terms of learning and preparing to live in the neighborhood.

What does it mean to choose to live where people are more likely to steal from you?  Does it mean we are incredibly courageous?  I doubt it.  Does it mean we are stupid and foolhardy?  I hope not.  Does it mean we are more faithful and spiritual than the “average” Christian?  Not so much.  We choose to live here because living here makes our form of ministry possible; we couldn’t do ministry this way if we weren’t here.  Being neighbors opens up the possibilities for our work here.  Walking around the neighborhood, meeting the kids, finding out they are illiterate, creating little tutoring groups for them, inviting them into our homes for those groups, developing trust–these were all crucial steps on the way to starting our little school, to starting the recovery groups, to developing trust with people here.

Jesus said not to strike back.  He said not to recover what people have taken.  He said love our enemies.  You might read this to mean Jesus gave us a higher priority than protecting ourselves.

I’ve really hated the feeling of knowing that people I love and have invested in broke our trust by taking our things.  I detested that we could not figure out how to help (empower) them to stop–and then having to wonder if their stealing was compulsive or if we weren’t as close as we had believed.

Or, and this is the one that gives me pause, if they felt their need so desperately that our friendship didn’t really compare.

I wonder if Jesus instructs us not to fight to get our stuff back because some people just might be hungrier than we are.

I believe we are home here in this neighborhood, where we belong until God leads us elsewhere.  Jesus promises we will suffer when we follow him.  I don’t love this, but I see signs of God’s Kingdom here.  Maybe we are learning, just a little bit, to be merciful as he is merciful.