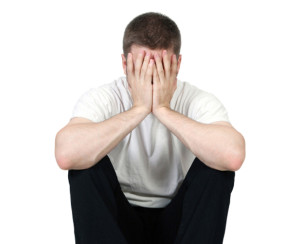 Yet so much is being said.  Somebody started this inane discussion, a whole bunch of other people joined in, and now the memes are flying, the progressives are denying, the “victims” are crying…and I’m dying.  At least I feel like I am, or kind of would like to, because this is so bloody humiliating.

So let me start here:  I never said that Christmas is under attack.  I’ve never questioned your right to say “Happy Holidays” instead of “Merry Christmas.”  I’m okay with Starbucks serving their coffee in whatever cups they choose.  I have no say in their business and want no say in their business.  I would certainly number myself among those who believe that $5 could go toward feeding a starving child or protecting a battered mom, and I put myself squarely in the camp of those who believe we should invest our money in caring for those who were not born into the richest 6% on the planet because of what Jesus says.

I am so gut-wrenchingly weary of seeing these arguments pop up.  I truly hate them.  I don’t hate the people who start them, but that is an act of will and the work of God’s Spirit.

I believe knowing God’s love transforms us.  I’ve seen wrecked, wretched lives become something beautiful because Jesus redeems what we’ve trashed, including–maybe especially–ourselves.  As Bono sings about Grace, she “travels outside of karma.”   We don’t just get what we deserve or what we have coming to us.  Thank God.

If we could be known as the people whose wrecked lives were salvaged, I would be thrilled.  If we followed Pope Francis’s example and became known for our concern and action on behalf of the poor, I would be ecstatic.  Heck, if we could just be known as the folks who are kind to our neighbors, go out of our way to help people when they move and always show up in emergencies, I would say the Lord’s Prayer is getting answered (the “thy will be done” part).

But “we” keep making an ass of our collective selves.  We keep rallying behind causes that, to my way of thinking, have less than nothing to do with what Jesus calls us to (“Love one another as I have loved you”, “Love God,” “Love your neighbor as yourself” is a reasonable 15-word summary).  I cannot, for the life of me, imagine how we’re thinking that this will encourage people to experience God’s delight in them or to believe that there is hope beyond the mess that they’ve made of their lives.

“I’m trapped in this gambling addiction, I spent our rent money–again–after my wife gave me the ultimatum if I don’t change this time she’ll divorce me and fight me to the death for custody of our children.  Oh, wait, Christians are upset about how a multinational is decorating their disposable paper cups and how Target markets its toys–I see the Light!” 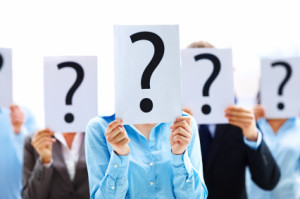 So who speaks for us?  Who gets to set the popular understanding for what we believe, how we live, what we want people to know about us?   We’re not really a “keep it to ourselves” community, since Jesus said not to hide our light under a laundry hamper.  I know, there are many folks who dislike that specific characteristic, that we feel so compelled to talk about what we believe and make sure others know, in case they want to join in.  But I’m convinced that if what we couldn’t keep to ourselves was our desire to care for abandoned babies and poor, lonely women dying in nursing homes, ordinary folks wouldn’t feel quite so ticked off.  And if they did, I could reasonably let myself say (to myself), “That might be their problem.  They may even feel a little nipped of conscience.”  If people freaked out over our relentless action on behalf of kids who drink polluted water and breathe noxious fumes, I could conclude that those people, not we, have the problem.

You know what?  There are people who give themselves tirelessly to helping kids drink clean water.  I’ve met them.  I know people, as friends, who fight against child trafficking in the world, from here in Nicaragua to Thailand to in the U.S. where we’re tempted to cover our eyes and pretend it’s not our problem.  I have beloved friends who have spent their adult lives in South Central Los Angeles, in what many would call “the hood” or “Compton” or “the ghetto.”  They fight for better education for the kids there, they’ve helped shut down a liquor store/brothel/drug den, they’ve run a tutoring center for the past 20 years.

I would nominate these folks as the ones who should speak for Christians.  I know they would kick me in the shins for saying this, because they don’t want the weight of such responsibility, but honestly, they’ve earned it.  They are loving, grace-spreading people who attract others and rally the neighbors to their cause–of making the neighborhood a safer place for everyone.  Scandalous, huh?  There are, indeed, those who dislike my friends and oppose their work…because these campaigns threaten profits to slumlords and worse.  Hmm.  That might be their problem.

You know and I know that media, plural, also run for-profit businesses based on viewers, advertisers, airtime, views, clicks, and again advertisers.  Though some newspapers, news programs and web sites might hope to help educate and inform the public and do that fifth estate thing, the overwhelming majority, in terms of dollars and audience, pursue their bottom line through whatever attracts attention.  Sex always sells.  People love scandals.  Folks love to boo the bad guys or watch the mighty stumble and face-plant in mud.  Most desire to see idiots make asses of themselves.  They want a common enemy.  These are all base motives, and every large media outlet caters to all of these, in their own way.

Enough generalizations.  Someone is reporting this stupid story.  Someone can’t resist–won’t miss out on the profits generated by the viewership from–everything the Westboro Baptist Church does.  Do those reporting desire to make Christianity look stupid?  Perhaps.  I suspect for some that motive is present in the mix, especially if it can go hand-in-hand with getting higher ratings/ making more money for their business.

So yes, we can’t have this discussion without acknowledging that how Christianity is reported in the news and by whom figures large in answering who appears to speak for us.

But I expect profit-seeking businesses to pursue profitable strategies.  I may dislike their approach and question their moral character; I am not surprised that they do what they do.

On the other hand, I am still surprised and appalled when people who read from the same main book I read and talk to the same Divine Being I’m praying to conclude we should scream and abuse and persecute and hoard, in the name of Jesus.  If reporters are twisting our words, shame on them.  If we speak hatred and fear-mongering, more than shame on us.  We are making Jesus out to be the un-grace in the world.  That just sucks.

When the religious leaders of Jesus’ day twisted the message and turned people away from the God Jesus depicted in Luke chapter fifteen–the one who ran down the road to hold his pig feces-reeking son and welcome him back without rebuke for self-destructive choices–Jesus called them out in the most aggressive manner.  He called them hypocrites, like 19 times.  He called them “children of hell.” He challenged them to change by pointing to who God really was and pulling back the curtain on the sham they were making of loving God and neighbor.

I know we’re going to have some Christians who pull hypocritical stunts.  I lived through the Bakers and Swaggart fiasco.  I don’t think I’m holier than them, but I don’t want them speaking for Jesus or representing his followers to the public, either.  They claimed those positions and that went badly.

I don’t want the role, either, a lot of the time.  I know my own hypocrisy and inconsistencies…or at least a bunch of them.  I seem to discover new ones every other day.

But the truth is, to a small degree I do have this role.  I preach.  I mentor teens and young adults.  I teach the Bible.  I coach.  I live this faith in public.  I write about who I think God is and how he feels about you and me.

It’s a shared responsibility.  Everyone who wakes up in the morning and tells people, “Yeah, I’m a Jesus follower,” contributes to the message.

If that’s true, what do we want to say?  What are the most important points we’d like to communicate?  How do we represent our cause to the men and women and girls and boys who don’t know what we’re talking about?  How do you want to introduce that gambling addict to the source of your hope?  What is the best way to express to the battered women who live in our barrio that God is real and loves them and wants better for them?

I have these suggestions:

PAY ATTENTION TO HOW WE SOUND.

Sometimes the mockery we receive is not persecution; it’s that we have said stupid things that make us look ridiculous.  If you live inside a sub-culture of only Christians, remember other people don’t agree with our assumptions and don’t know our lingo.

HOW WE TALK ABOUT OUR FAITH IS AS IMPORTANT AS WHAT WE SAY ABOUT IT.

People who don’t believe in Jesus aren’t idiots.  People who reject Christianity aren’t all out to get us.  When everyone reads everyone else’s posts and comments, making belligerent comments because you “know the truth” and someone else doesn’t (or doesn’t agree with your interpretation of it) communicates un-grace.

Jesus explained his critique, “For you tithe mint, dill, and cummin, and have neglected the weightier matters of the law: justice and mercy and faith.”  You’re giving 10% of your kitchen spices but ignoring justice, mercy and faith.  If God is the father whom Jesus describes, and that’s the love I want people to experience, then how do I convey in my words and actions a God who broke down the dividing wall, the hostility between groups of people who despised each other?  God is reconciling people to himself and you are his message of reconciliation.  You are.

TELL PEOPLE THAT YOU ARE MESSED UP AND GOD LOVES YOU ANYWAY!

You are.  He does.  That’s the best news you have.

They may laugh at you or judge you for your sins and flaws and weaknesses…but that won’t kill you and it may help them see God’s redemption in your life.

You may be the one who speaks for us. 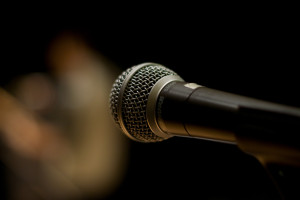 One thought on “Who Speaks for Us”