This past weekend, I played on the Managua team in Nicaragua’s inagural two-day ultimate tournament (organized by Breaking Borders) and we won.

One of my teammates asked,”Will we see this in a blog post?” Well, I have noticed not all my multitude of readers share my  interest in ultimate and writing about another tournament victory would be rather self-indulgent.

Yes, absolutely I’m going to write about this tournament.

At our games, we had a Nicaraguan guy, Israel, keeping score.  He’d never seen ultimate before, much less played.  In theory, keeping score is easy: one team catches the disc in the end zone, the opposing team walks to the other end, you know it’s a score.  Mark one on your sheet next to the correct team.  In practice, he had the score wrong within four points because he didn’t understand that a catch had been out of bounds and thus not a goal.

So I decided, social and friendly person that I am, to talk with him and keep checking on the score.  No, not because I was concerned he would mess up and give us fewer than our correct number of points.  Of course not!  How could you even think that of me?

Here’s the cool part:  as life goes, when I got home Israel had sent a Facebook friend request, which I accepted.  We started chatting.  Then he asked, “Are you Christians?”

I always feel a tinge of nerves when I’m asked that.  What did he see?  What stereotype did I fulfill or contradict?

Hold my breath.  Wait for his response.

And Israel wrote, “Your behavior in the game and the respectable way of dealing with his [sic] rivals told me a lot.”

Christians (or self-proclaimed “Christians”*) are known for some horrible things currently.  Before our team started the tournament, we prayed: “God, help us to glorify you, do our best, and not get injured.”

We looked to Israel like Christians from how we behaved and treated the other teams?  Could I hope for more than that?

I’m not always on my best behavior playing ultimate because I’m intense and competitive and I really like to win and sometimes I lose focus on what’s most important.**  But I believe you can be both competitive and godly at the same time.  I do.  I even believe I can be.

However, at the end of our conversation he asked, “¿alguien le ha dicho que usted se parece a Tom Cruise?”  So that shoots his credibility.  But it was a really nice thought. 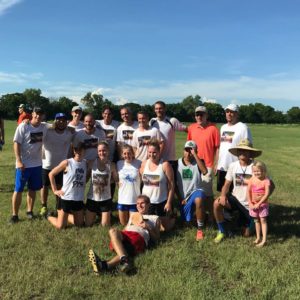 Next thing I’ll tell you: I loved our team.  We don’t practice together as a team.  They are, however, most of the people who play at our weekly pick-up games against one another.  We never get to play all together at those.  This exact group will probably never play together again (one member is moving back to the States in December).***

But see, that thing my new friend said?  I felt it all weekend.  No one yelled at anyone else on the team.  Yes, strategy corrections and discussion of choices, but I did not hear one negative word addressed at a teammate all weekend.  Not one.  We played 7 games of ultimate together, including an extremely close final in which we were far behind, and we built each other up the whole time.

I received this correction on Sunday:

“You need to play more.”

At age 49, when I’m in my head with self-doubt, that’s amazing to hear and powerfully encouraging.

Not everyone on our team has the same level of ability or experience. These people who in their own imperfect way seek to make the world a better place got to spend one full weekend together playing the best ultimate we could.  Everyone contributed.  People knew their roles.  No one’s ego got in the way.  I’ve played ultimate for 30 years and that last statement, by itself, astounds me.  We got along in Nicaragua blast furnace heat, we laughed and high-fived and gave each other crap (as friends should in sports) and those relationships matter more to me than winning.  A lot more.  And I really like winning. 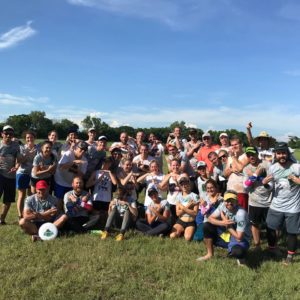 Our team with the Costa Rica team, Osos Perizosos, after the finals

I’ll tell you one more thing.

This may not sound humble when I say it publicly; if you need to balance it with when I write about how screwed up I am, I’ve provided ample material.

There’s a Nicaraguan ultimate team here, Los Tornados de Chiquilistagua. They are not my team.  We may play informal pick-up together but in team tournaments we play against them.  They are our opponents but I care deeply about these guys. 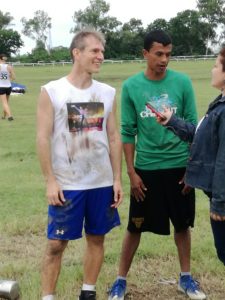 Me and Zeke being interviewed at the tourney

Sunday evening, I was talking with their coach, Zeke, who is a dear friend of mine (and one of the hardest people I ever have to guard).  His players are teens and young men and women growing in their maturity and, some of them, in their relationships with God.  Others aren’t.  They are not middle-class Americans but mostly working poor Nicaraguans, some coming from very troubled homes, and I love these kids, though some are arrogant and mouthy and typical teenage boys in other ways.  But absolutely lovable, too, and walking through some serious challenges.  Zeke invests his life deeply in theirs and though he plays because he loves ultimate, even more, this is his ministry. 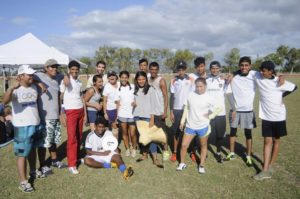 I would love to coach them but that is not my role.  I don’t know their lives like Zeke does, I don’t understand their culture from the inside as he does, and they try not to laugh at my Spanish (and often succeed).  He is their coach and their pastor.  I’m the gringo who loves ultimate and tries to encourage them.  They are the future of ultimate in Nicaragua, which may not seem like a big deal to you but that is a vehicle for helping them break the cycle of poverty and addiction–and then reaching more kids to do the same–and I hope that seems like a very big deal to you. 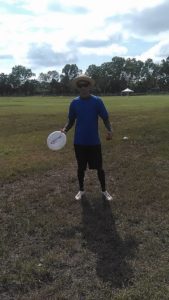 My role, as I’ve understood it, is to be the foil, the guy whose team sets the bar a little higher so that they grow more and work harder and don’t decide they’re already the best around.  Eventually, they will get better than us; I’m fighting tooth and nail (figuratively) to put that off as long as I can.

Then, as we were debriefing the tournament, my friend told me,

“My team loves you.  And love to play with you… You are not just a great example for them as an ultimate player, but as a Christian person too.  They say this many times during practice.”

And there it is.  That’s why I play ultimate.  Yes, I play for my own sanity and health and because it’s fun.  Yes, I like to win–has that come up yet?–but when Zeke told me that, and putting that together with how loud and strong their team cheered for us in the finals, I got it.  I have more of a role than to challenge the young guys to step up and beat me at King of the Hill.

They are seeing Jesus in me.

Yes, that is more important than winning.

Or, perhaps, that is winning. 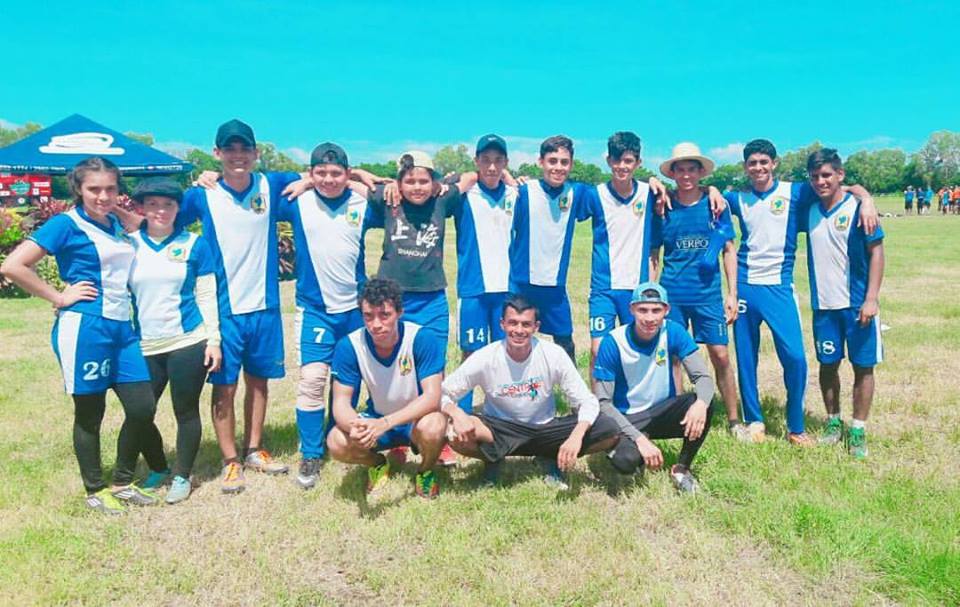 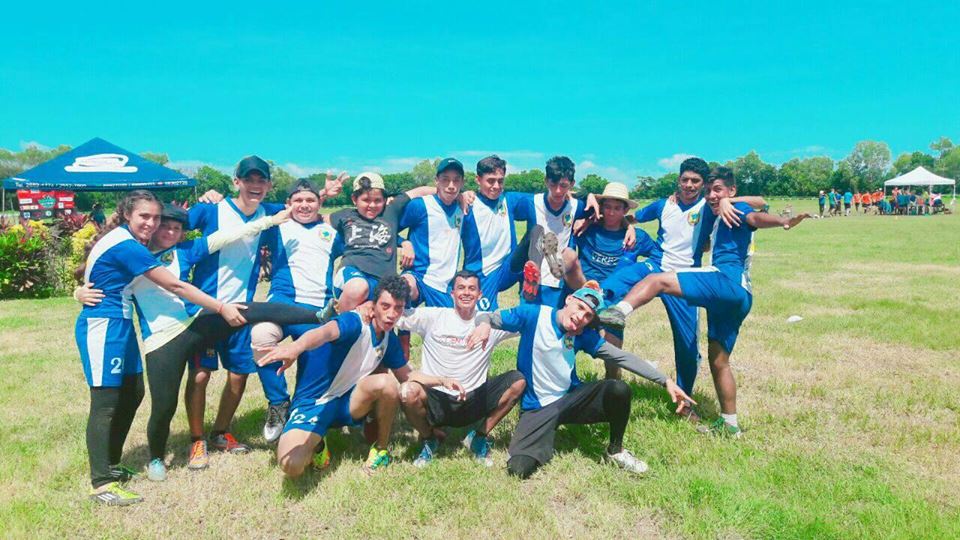 *God knows which, not me.

**And sometimes I’m venting negative emotions in the least damaging way I know how, which my children and pets appreciate.

2 thoughts on “Winning, or Something More Important”