Driving home today in the fancy vehicle that we’re borrowing because our car still isn’t quite–all the way–fixed (we last drove it on August 27) and I pass a little girl sitting in a tree.  A tree is a good place for an 8-year-old girl to be sitting.  But she’s up there because she has to stay close to the ice cream cart she’s “manning” while her father, who drinks too much, isn’t.  She isn’t there every day, but she is often.

We just suffered Tropical Storm Nate.  It was a mess.  It still is.  Managua was not in the direct line of the storm.  We got a crazy amount of rain, but we live in the tropics, so we’re more or less used to that.  Some of our friends were 24 or 48 hours without power and/or water, but those are minor inconveniences in the big picture.

But it was strange.  We knew the storm was hitting part of the country, but for us in Managua they were normal days, except that Thursday was a half day of school and Friday school was cancelled altogether.  So we got a day off.  We waited for a deluge but got only heavy rains.  We have clothes that haven’t dried for a week–clotheslines don’t work as well in constant rain–and our power flickered on and off throughout the days.  I took a walk (yeah, in the rain, there weren’t a lot of other choices) and people were going about their lives, laughing and working, while elsewhere in this small country, lives were destroyed. 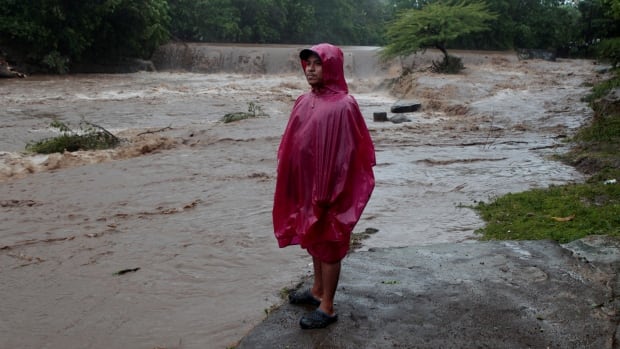 Right now, a group of us are gathering donations for 13 families who live in Tola who lost everything.  They had little to begin with but the rains caused floods that destroyed everything in their homes.  Houses collapsed or were so submerged that there is nothing left.  Cesar, who works with Fellowship of Christian Athletes, is heading up collecting clothes, hammocks, mattresses, food, kitchen ware, silver ware.  They are starting over with nothing.

Then there was the vela last week. A young man, 23 years old, was riding in a truck, sleeping in the backseat on the way back from work.  The driver crashed into a guardrail going 140 kph.  The young man was thrown through the front windshield.  He died on the scene.  I hope he died instantly.

His sister and mother live up the street from us.  When poor Nicaraguans die, they have their memorial the same day and it goes all night.  Early in the morning, they walk behind 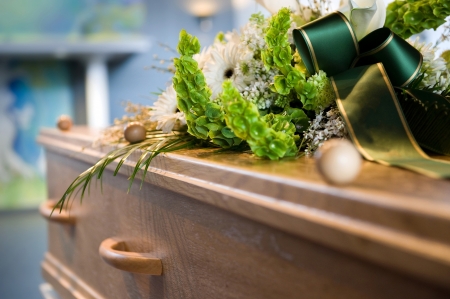 the hearse (in whatever vehicle is available–our van has served as the hearse) to the cemetery for the burial.

This woman works for our friends.  I’ve talked with her before, but only briefly.  Last week I went to her home and we want straight to her.  I hugged her and told her how sorry I was and then I just held her there while we cried.  It wasn’t filing past for a brief hug and a word of condolence while taking a quick glance at the casket. We sat in their tiny room, the four of us, with the body of the young man in the open casket.  He died horribly and they did their best to make him presentable.  An 8×10 photo of the young man sat on the casket.  He was handsome with a boyish smile and happy eyes.  His face no longer resembled that picture.  A relative came and served us coffee and finger sandwiches.  Then we sat together.

Under the casket, they had a bucket of ice.  Fans faced toward the casket.  It was a decent night here, not too warm.  One of the things we talked about was whether the body would be okay this way until morning.  We thought it would.

I’m staggered sometimes by how desperately poor people are here; other times I’m bewildered by how normal this has become to us.  I think that might be good and bad.  We’re not uncomfortable here with our neighbors.  Jesus’ words don’t seem so far-fetched on our street.  But the degree of deprivation we see every day could make us callous.  I don’t know where the balance is.  A friend described it as “seeing an accident, but then watching that accident every day.”

There is too much to do and not enough resources to do it.  But I believe in redemption.  I believe that doing something is better than doing nothing, even when that something feels small and feeble and hiding our eyes is so tempting.